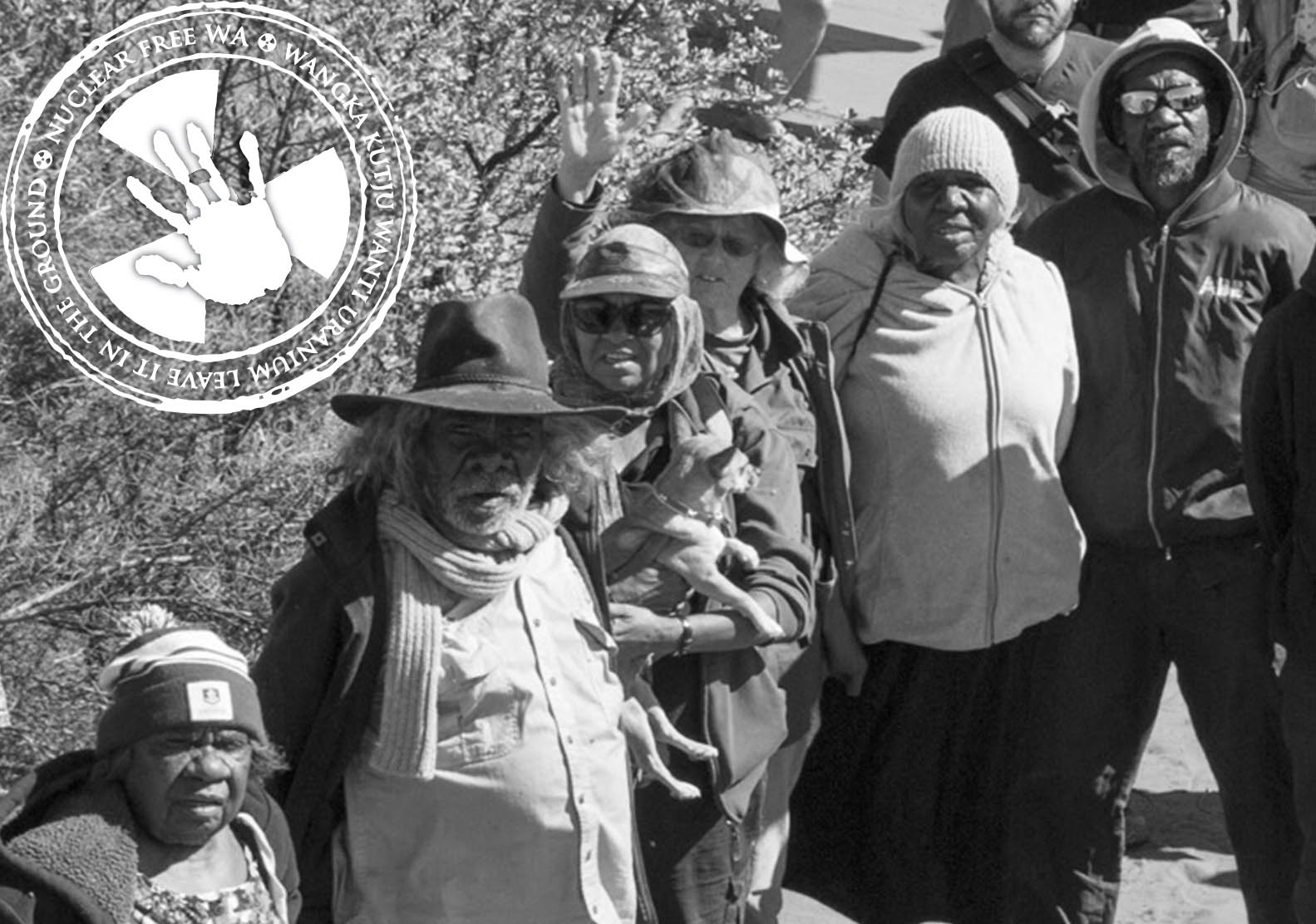 From the bush to the board room

November 14, 2016
Share
Community leaders and Traditional Owners opposing uranium mine proposals on Aboriginal lands this week bring their struggle to protect culture and country to Perth.

Traditional Owners from the East Pilbara and the Goldfields arrive in Perth for meetings with Members of Parliament and to hold a series of public forums supported by the Conservation Council of WA and the Australian Conservation Foundation.

The visit coincides with the annual meetings of uranium hopefuls Vimy Resources – with plans to mine uranium at Mulga Rock – and Goldfields-based Toro Energy. Representatives will attend the AGMs to raise concerns directly with company executives and shareholders and speak with media.

The WA Government is currently considering three uranium mine proposals at Wiluna, Mulga Rock and Yeelirrie. Environment groups and communities are concerned these projects are being ‘fast tracked’ through the inadequate environmental assessment process, in a bid to get State Government approval before the March 2017 election.

Despite eight years of pro-uranium State Government rule, there are no fully approved or operating uranium mines in WA. Uranium mining lacks bipartisan support in the State, with the Greens and Labor opposed to WA unviable. The lack of political and wider public support, and the depressed uranium price are all major constraints on the sector.

The events this week seek to highlight continuing community opposition to uneconomic, unpopular and unsafe plans to mine uranium in WA.

Action for a Nuclear Free Future

People will hand out information to shareholders of the Vimy Resources Annual General Meeting before progressing to Parliament, to demonstrate opposition to uranium mining in WA.