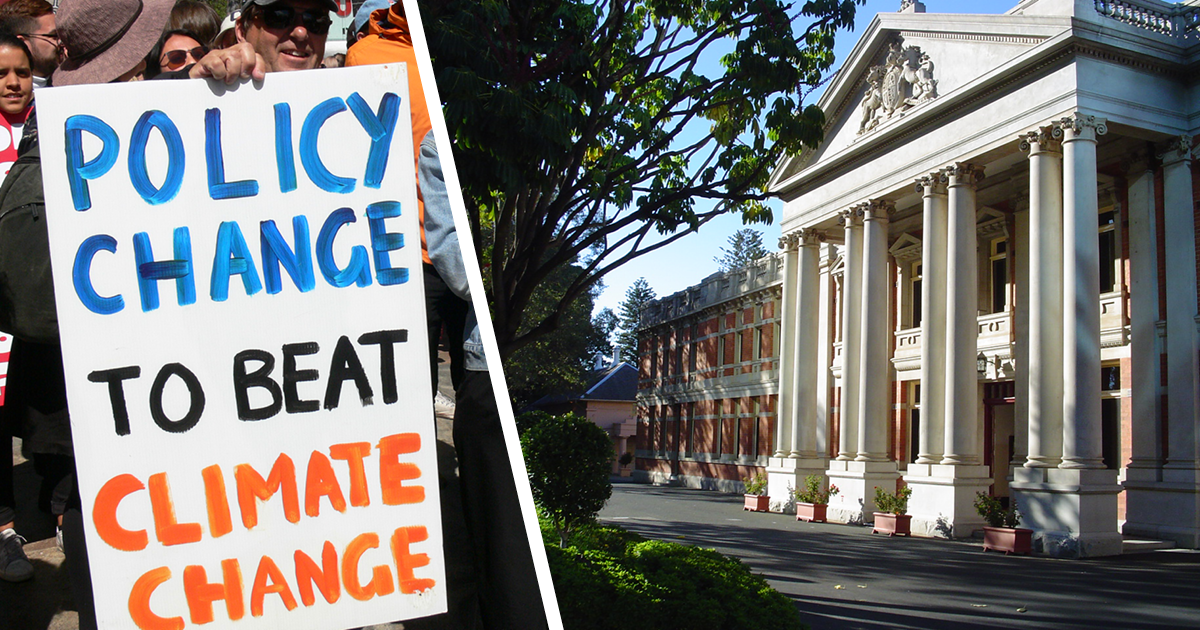 EPA confirms zero carbon goal, but lack of clarity could result in legal challenges to approvals

The WA Environmental Protection Authority (EPA) has today released an amended policy on carbon pollution which adopts the Paris Agreement goal of net-zero emissions, however, a lack of clarity on how the policy will be applied to individual projects under assessment risks the potential for legal challenges, according to Western Australia’s peak environment group the Conservation Council of WA.

The original EPA Greenhouse Gas Guidance Statement released in 2019 was aimed at preventing any further increases in carbon pollution – a goal which is necessary to maintain a safe climate according to overwhelming scientific consensus. The EPA was forced to review the policy by the McGowan Government which buckled to pressure from WA's biggest polluters in the oil and gas industry led by Woodside

The version released today lacks the clarity of the former statement, instead requiring new projects to demonstrate how they ‘contribute’ to the long-term goal of net-zero emissions by 2050.

CCWA Director Piers Verstegen said that it was now up to the EPA to apply the policy in a way that was consistent with the science and community expectation on climate change, and new projects that add net pollution cannot be considered environmentally acceptable.

"We welcome the EPA’s acknowledgement of the Paris Agreement and its goal of net-zero emissions; however it is disappointing that the EPA policy lacks clarity on the fundamental need for pollution to be reduced immediately to achieve the goal of limiting warming to 1.5 degrees," said Mr Verstegen.

"Given the inbuilt flexibility in this policy, it’s effect will not be known until we see how it will be applied by the EPA in future assessments, however, it is concerning that the policy does not send a clear signal to industry about what is and what is not acceptable right now.

"Emissions must be reduced now to maintain a safe climate and that means no new pollution sources can be considered environmentally acceptable. This was the central message contained in thousands of submissions from scientists, community and experts and it must not be set aside by the EPA in favour of an approach designed to provide more flexibility for polluting industries.

"The fundamental test for this policy is whether it will result in an increase in carbon emissions by allowing major new pollution sources such as the Burrup Hub LNG developments proposed by Woodside, Shell, BP and others.

"Any approvals that fail to properly consider and apply the science on climate change as required under legislation face a high likelihood of legal challenge as community and environment groups will be forced to the courts to defend the climate, communities and the environment.

"In the absence of leadership from government on climate change, a strong, science-based approach from the EPA is all the more critical.

"Such an approach could drive thousands of new jobs and a transition to a cleaner, more competitive future for WA. A weak policy would miss that opportunity and instead risks locking in low employment, high pollution industries with declining global markets such as LNG," Mr Verstegen said.