What an incredible start to 2018! Together we have hit the ground running, taking action and holding events all over the state to protect our penguins, turtles, forests, and wildlife from a range of threats.

We have been so inspired by what people and communities across the state continue to achieve by standing up for the environment. To support people like you to make an even bigger difference, we’ve launched our new community campaigns tool for you to use. Here you’ll be able to access advice and resources on running your own campaign, as well as set up an online campaign action to build support for the issues you care about!

Here are just some of the things you got up to in January...

A message from Piers about the upcoming decision on Point Peron: 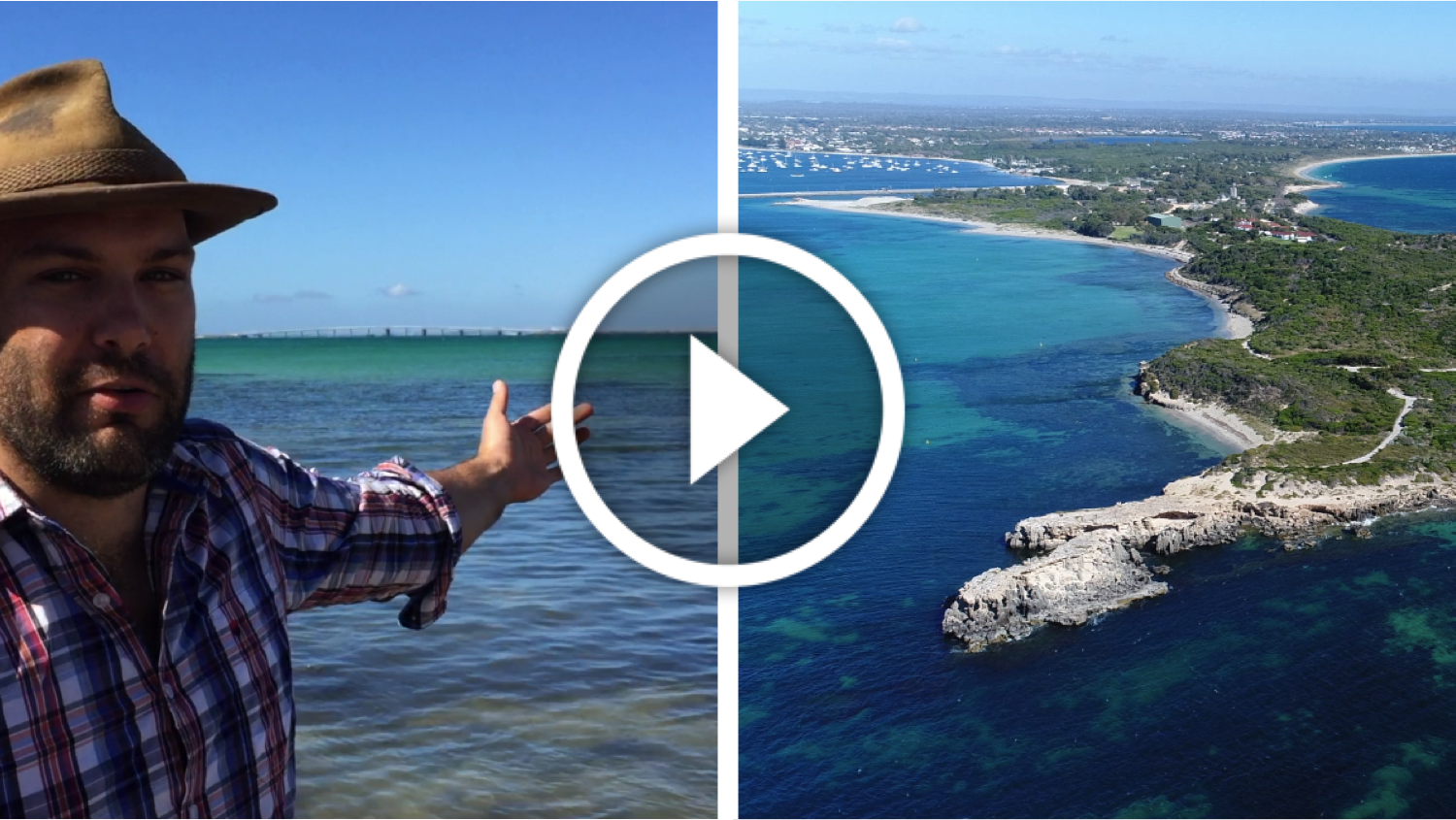 “If you have been to Point Peron near Rockingham you would know it as a truly incredible place. An amazing array of birds, fish, and even rare sea lions call this natural wonderland their home. With its nearby islands, seagrass meadows, and fish nurseries, the area provides a home for a colony of Little Penguins - the smallest of all penguins and the only ones that live in Western Australia.

But the State Government is right now considering a proposal that would spell disaster for the Little Penguins: dredging their feeding grounds to make way for  a canal-marina and housing development. Twenty seven scientists and experts have warned that the Little Penguins would suffer starvation and habitat loss, and would be killed by boat propellers as a result of the canal-marina.

The Mangles Bay marina proposal would also privatise a large area of public open space on Point Peron originally entrusted to the State for public use, removing public access to this unique area forever, and bulldozing 40 hectares of “Bush Forever” public open space.

Any day now, Planning Minister Rita Saffioti will decide the fate of the Little Penguins of Point Peron. Please ask her to save the colony by refusing the Mangles Bay canal-marina and housing proposal, and establishing the Cape Peron Coastal Park instead.”

A message from Richard about Chevron’s threat to baby turtles:

“You might have seen Chevron in the news lately for being WA’s biggest polluter. The company is responsible for nearly a quarter of WA’s carbon pollution, releasing around 20 million tonnes of pollution every year from its two giant LNG plants.

Recently we exposed a shocking truth about Chevron. The company’s own monitoring warns that the elevated sand temperature on Barrow Island is likely to kill turtle eggs before they hatch, or change the sex of baby turtles as a result of pollution-induced climate change. In fact, the company has been aware of this issue for years - but is ignoring the potential extinction of one of our most beautiful creatures.

Instead of addressing its pollution problem, Chevron has actively campaigned to have its pollution controls lifted and is failing to meet the conditions currently in place. So we’re calling them out on it.

Check out our blog post, and stay tuned for your opportunity to take action!”

A message from KA about the Japanese Peace Boat’s 96th voyage:

Last week, the 96th voyage of the Japanese Peace Boat visited Fremantle for two days. CCWA partnered with the Peace Boat and Mayors for Peace to help promote their message of nuclear disarmament. The visit was a timely reminder that the only safe place for Western Australia’s uranium is in the ground.

KA said, “A massive thanks to all that came down to the fabulous Peace Boat events - both the Wanjoo (Welcome) and the Making Waves forum. The events were a huge success and a tribute to the fabulous work that the Western Australian Nuclear Free Alliance (WANFA), the Nuclear Free WA campaign, Mayors for Peace, the International Campaign to Abolish Nuclear Weapons (ICAN), and Peace Boat have and are doing to ensure a world without nuclear weapons and the nuclear industry!

For more information please contact me at [email protected]”

A message from Monica about the WA fracking inquiry:

“For the thousands of people across Western Australia who want to see a permanent ban on gas fracking extended across our state, now is an important time to have our say. From now until 19 March, the Independent Scientific Panel Inquiry is seeking submissions from the public on the risks of fracking in WA.

To make your voice heard, you’re invited to join one of our workshops to learn how to write your submission and maximise your impact. Or if you can’t make it to a workshop, you can send your pre-filled submission here.

You also have the opportunity to meet with the inquiry panel yourself, and tell them why you want a Frack Free Future for WA (make sure you register by Sun 4 Feb!)

We can’t let the inquiry become skewed by research and science paid for by the fracking industry. Will you help support independent experts to put the evidence against fracking on the table?”

A message from Sarah about the WA Government’s proposed plastic ban:

“In just a few short decades, plastic has found its way into almost every part of our lives and into every corner of the planet. And without action, it is estimated that the plastic in our oceans will outweigh our fish by 2050.

Thankfully, from 1 July this year, single use plastic bags will be banned statewide. The Environment Minister has also indicated that the ban could be extended to other plastic pollution like straws and balloon releases - if there is enough public support.

Now is our chance to show that support. The State Government wants to know how you think the plastic bag ban should be implemented - and what else should be included!

This is one of the best chances we have to address some of our worst plastic pollutants: single use plastic bags, plastic straws, and balloon releases. So please send your submission now, and ask others to do the same!”

A message from Jess about the South West forests:

“We have had a very busy few months in the South West and are proud to say that the two High Conservation Value (HCV) forests we've been defending, Lewin and Barrabup, are still standing. The volunteer team is growing every day and we are powering towards delivering a truly significant message to Parliament House on International Day of the Forests - the 21st of March.

Please save the date and come along to what promises to be an exciting celebration of a monumental petition for the South West's spectacular forests. We would love to have you on the petition dream team too. We have 180 people currently and would like to make it to 200!

We have also just launched a beautiful, powerful video exposing the hidden crisis in the karri forests. Please check it out and share it with your networks.

It is critical for Government and Members of Parliament to be hearing from their constituents in the lead-up to the delivery of our Parliamentary petition. Please email your local Labor MP, and if you’d like to request a meeting with them, we’ll give you the info and materials you need for a successful, empowering meeting.

We're making so much progress, and with you on board we can achieve amazing things for the forests and wildlife!”

A message from Kate about the launch of Protect Ningaloo:

“We are proud to announce a new campaign: Protect Ningaloo, which is a partnership between CCWA, Cape Conservation Group, and the Australian Marine Conservation Society. We’ve got a brand new website and Facebook page, and our donation portal is available here for those who can support this new and vital work.

You are invited to our campaign launch and information night on 1 Mar at The Local in South Freo from 5pm - 7pm - we hope to see you there!

The Ningaloo Reef World Heritage Area is renowned for its beauty and biodiversity - but it’s under threat from the oil and gas industry with a pipeline fabrication and towing facility now under referral to the EPA. We’ve already had our first win, with the EPA deciding to assess the process at the highest level of EIA: Public Environmental Review.

Now we need to raise public awareness about Protect Ningaloo and why saving Exmouth Gulf is so important. So please check out our website and Facebook page, and share this info with your friends and colleagues.

P.S. If you’re working on an environmental issue and would like advice, resources, or to set up an online action through us, check out our new community campaigns tool!