Labor’s broken uranium promise a kick in the guts for communities and the environment. Uranium mine plans will be challenged

Leading environment groups have said the fight to keep Western Australia nuclear free was not over despite a serious broken promise by the McGowan Government on the key environmental issue. 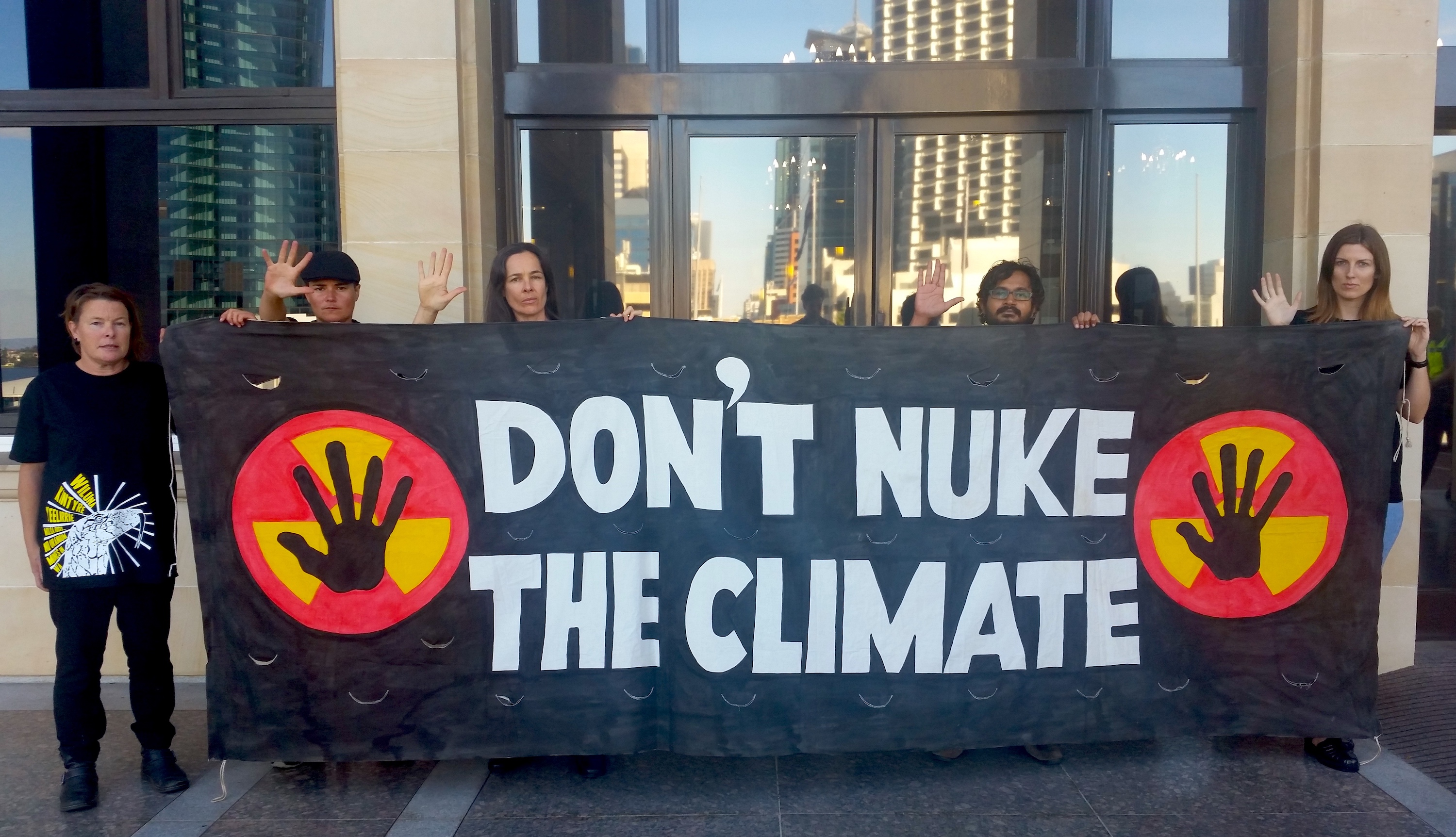 Photo: CCWA community responds to the announcement at Parliament today

CCWA Director Piers Verstegen said the decision to allow WA uranium mines to proceed on Aboriginal lands was a clear broken promise and a kick in the guts for communities and the environment.

“Should these mines go ahead they would cause permanent damage to our environment and communities, and also export WA uranium to countries where it will inevitably result in radioactive waste and risk.

“This terrible decision is a betrayal of the many people, communities, Traditional Owners, trade unions, churches, and environment groups who placed their faith in Labor to keep WA uranium free.

“Environmental standards went out the window under the Barnett Government and the approvals that were granted for these uranium mines are some of the most compromised decisions that government made.

“The decision by the McGowan Government to allow those approvals to stand without so much as an inquiry to investigate them, and without even consulting the local communities, workers, and Traditional Owners who voted for them in good faith, sends a very bad message about the Government’s commitment to protecting our environment.

“The McGowan Government may think it is okay to let some of the worst decisions in the State’s history stand, but communities, environment groups, workers, and Traditional Owners certainly won’t be backing down in our fight to prevent this bad decision turning into a series of toxic and polluting uranium mines.

“We believe there are serious legal flaws in the way these approvals were granted by the Barnett Government and we will continue to contest them at every stage of the process, including through pursuing legal options to protect our communities and environment from this toxic and unwanted industry.

“There will be a lot of members of the Labor Party, a lot of Traditional Owners, and a lot of voters who will be extremely disappointed by this decision which is a direct breach of long-standing state Labor policy and the trust that Western Australians placed in the McGowan Labor Party when they were elected.

“We have worked closely with local communities and Traditional Owners who would be affected by each of these proposals and we certainly won’t be abandoning them in the same way that the McGowan Government appears to be doing.”

National environment group the Australian Conservation Foundation has called the move a retreat from responsibility and will increase its efforts to end plans for uranium mining in WA.

ACF’s Nuclear Free Campaigner Dave Sweeney said, “Premier McGowan went to the election saying that uranium mines would not be allowed to proceed unless they had final approval or were in construction.

“None of the four uranium proposal has final approval, none has begun construction and none of the companies have even made a final investment decision.

“This decision is far from a done deal for uranium mining in WA. No uranium was mined or exported under the pro-nuclear Barnett Government and we will continue to do what is necessary to keep WA’s uranium in the ground.”