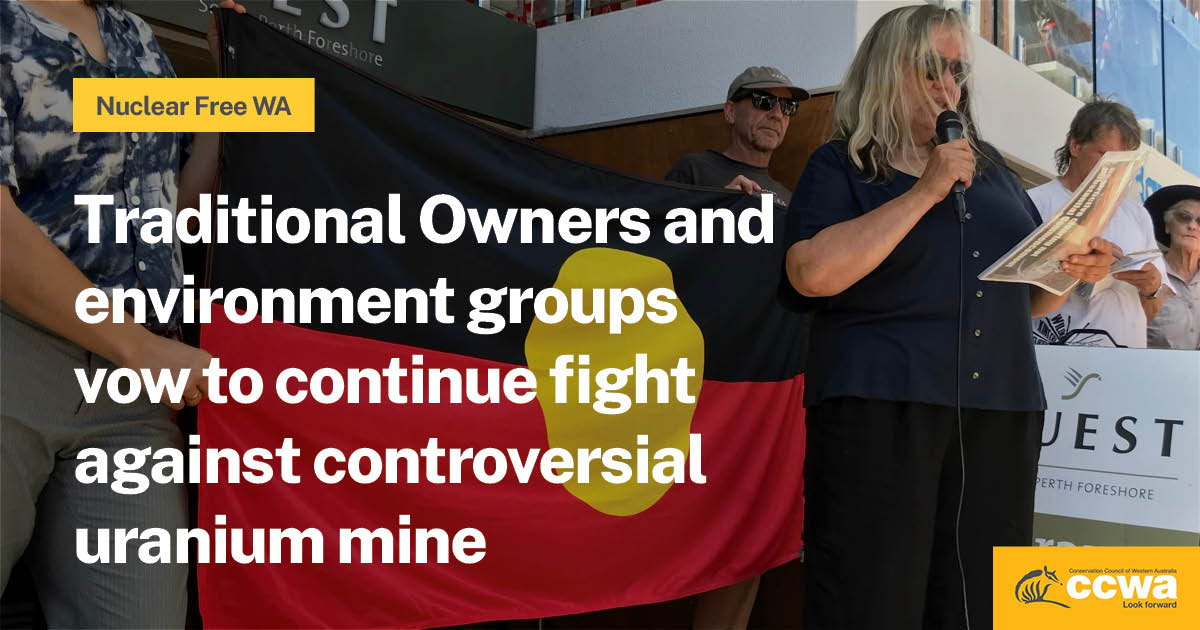 Traditional Owners and national and state environment groups say today’s decision by the Department of Water and Environmental Regulation to allow a controversial uranium mine in WA’s Goldfields to proceed is unjustified and inconsistent with the evidence.

The Mulga Rock uranium project has been declared to have met an important ‘substantial commencement’ condition that is required to maintain crucial environmental approvals.

A condition of the Mulga Rock approvals – issued by the former Barnett government – was that the proponent, Vimy Resources, must “substantially commence” mining by 16 December 2021. Failure to meet that condition would have prevented the company from pursuing the mine.

The company has failed to meet with the Upurli Upurli Nguratja registered Native Title claim group, which is entitled to negotiate on an Area Use Agreement.

The company has continually failed to engage with and respect Traditional Owners or understand processes and protocols on meeting with the claimant group. Campaigners say to advance the project without consulting with the group is disrespectful and out of step with community expectation and best industry practice.

“It’s very clear that as a native title group we don’t want uranium mining on our country,” said Upurli Upurli Nguratja claimant Debbie Carmody. “This decision has sidelined our voice and undermined the Native Title process”.

“Any progress to continue to develop this mine is done without consent and without even having met with our claim group. We have been let down by the company and now by the Government.

“We will continue to fight this project and stand up for our country and culture.”

“Vimy’s works to date have been a clumsy last-minute attempt to hold on to controversial environmental approvals for a toxic commodity that has no social licence.

“Vimy has not built any infrastructure. The work on site is limited to preparatory land clearing, which amounts to 4.27% of the intended clearing. The company has spent 2.2% of the total estimated capital costs.

“We are shocked that the department has set this dangerous precedent, putting unnecessary pressure on the environment and communities.”

The Australian Conservation Foundation’s Nuclear Free campaigner Dave Sweeney said while the company had done some premature and destructive clearing at the site, it was not substantial.

“If this mine proceeds it would cause unacceptable harm to the environment, including damage to vital habitat for the endangered sandhill dunnart, which is found in only a handful of locations across Australia.

“Vimy does not have the necessary finance and has not made a Board level decision to pursue this mine. It still needs a range of approvals, permits, licences and agreements.”

The Conservation Council of WA and the Australian Conservation Foundation, which have opposed uranium mining in WA for several decades, are reviewing today’s decision and exploring all available avenues to stop this mine from proceeding.

Nuclear power is not the solution to the climate crisis

By Mia Pepper, CCWA Nuclear Free Campaigner You may have seen in the news that the new leader of the Nationals David Littleproud and new Shadow Minister for Climate and Energy Ted...
Read More