A statement from the Commonwealth offshore oil and gas regulator (NOPSEMA) announcing approval for Woodside’s Scarborough LNG development has drawn strong criticism from conservation groups. The Conservation Council of WA (CCWA) has vowed to continue to challenge the project which the group claims are part of the most polluting fossil fuel development in Australia’s history. 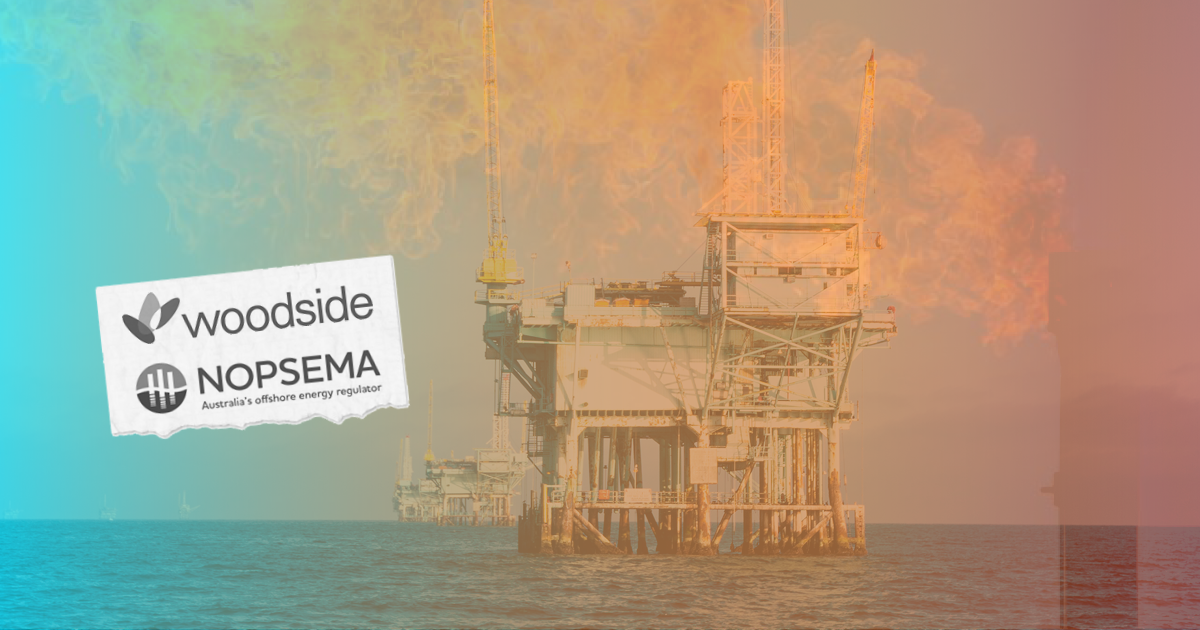 The Scarborough offshore gas field development is one part of Woodside’s proposed $50bn Burrup Hub LNG project. Analysis released by the Conservation Council and the Clean State project earlier this year revealed that the combined project would have a footprint of 6 billion tonnes (gigatons) of carbon pollution, equivalent to four Adani-sized coal mines or 35 new coal-fired power stations every year for 50 years.

CCWA Director Piers Verstegen said the statement from the Commonwealth oil and gas regulator NOPSEMA was extraordinary, raising significant questions and calls into question the credibility and independence of the regulator.

"This Scarborough project is part of the most polluting fossil fuel mega-project in Australia’s history which would be especially damaging to the climate, and to Australia’s and international efforts to cut pollution.

"The statement from NOPSEMA announcing approval for Scarborough reads more like a public relations document from Woodside.

"The statement reeks of political interference, and fundamentally calls into question NOPSEMA’s credibility and independence as a regulator.

"The statement claims without evidence that LNG produced by the Scarborough project will be contributing to reducing global greenhouse gas emissions. This is a public relations line straight from the oil and gas lobby which has no evidence to support it and has no place in a statement from a regulator.

"We question whether there has been any attempt to properly understand and assess the carbon pollution that would result from this development.

"The statement from NOPSEMA strongly suggests that there has been political interference in this assessment process, raising further doubts about whether the proper and appropriate legal process has been followed in making this decision.

"If approvals have been given without following the correct legal process, or relying on false or incomplete information then there is a strong likelihood that they will be challenged in the courts. This prospect makes the approval announced today highly uncertain.

"The Commonwealth approval has been issued despite significant uncertainties surrounding state approval for the Scarborough development, including for the processing of the gas that would be produced from the Scarborough field.

"The state environmental approval for the Scarborough development is currently under appeal. There are also legal questions surrounding the state approval to process Scarborough gas through the Pluto LNG processing facility and this is a matter that continues to be under active consideration by the state EPA.  At a minimum, a revised Greenhouse Gas Management plan must be assessed by the EPA before any gas processing can occur.

“Unbelievably, it appears that none of the state or Commonwealth assessment processes for the Scarborough gas development have considered the massive greenhouse gas emissions that would result from processing the gas here in WA or the ‘Scope 3’ emissions from burning the gas overseas,” said Mr Verstegen

"We will continue to engage in a robust way with these assessment processes, including through the courts if necessary, to ensure that proper, independent assessments are undertaken and that the massive impacts on our climate and environment from these projects are not simply ignored.

"In the meantime, Woodside shareholders and investors should be put on notice that the Scarborough development is a highly risky proposition. The lack of disclosure and assessment of carbon pollution, combined with the major uncertainties surrounding environmental approvals make for a risky proposal from a desperate company that has no plan B.”