For those who don’t know or haven’t been to visit this amazing place in the Kaprun Nation, it is one of the last Banded Ironstone Formation (BIF) Ranges that remains completely untouched by mining, and a biodiversity jewel in the Mid West.

Like islands in the landscape, these unique landforms have developed their own unique ecosystems, communities, and even species over millions of years. They are also very important cultural heritage sites for Aboriginal people, and provide stunning natural features in an otherwise flat landscape.

Sadly, most of the BIF ranges have been significantly scarred or removed completely by mining for the low-grade iron ore they contain.

There’s a fascinating history to this campaign that is worth reflecting on. It has been a 20-year battle for some people, going back to original mining proposals by Polaris in the late 1990s. It has been a genuine community-based and collaborative effort for so many who have been involved over the years – mostly in a voluntary capacity. The campaign was briefly considered won in 2004, when then Environment Minister Judy Edwards under the Gallop Government announced that the Range would be protected as part of the Mount Manning Nature Reserve, but that decision was quickly reversed following a fierce outcry from the mining lobby.

The protection of Bungalbin and other BIF ranges was strongly championed by the Conservation Council of WA in the late 2000s, which led to the Carpenter Government conducting a review of the conservation status of all of the BIF ranges.

When the Barnett Government was first elected, the building of a new port at Oakajee near Geraldton was a long-held ambition of the Premier, and the mining of the BIF ranges and the shipping of the ore through Oakajee was considered important in making this infrastructure viable. The Barnett Government put aside the strategic review of the BIF ranges, and a series of approvals to mine BIF ranges followed – often against the advice of the EPA. As a result, many of the areas identified as having outstanding conservation values have been destroyed by mining. As usual, the mines and the damage have gone ahead, but the promises of conservation ‘offsets’ including new protected areas have not materialised.

The community campaign growing around the protection of Bungalbin was one of the main reasons it survived this period under the Barnett Government. In the last few years, the campaign has been supported by The Wilderness Society as part of their broader efforts towards conservation in the Great Western Woodlands. This campaign has been a major factor in achieving the decision this week from the McGowan Government to reject mining in the Range, and begin the process of protecting the Range as an A-Class Nature Reserve.

The Environmental Defender’s Office has also played an important role in this campaign, supporting local Traditional Owners to challenge the granting of mining tenements over parts of the Range in the Warden’s Court.

Other key groups have been the Perth Bushwalkers and Birdlife Australia, and of course the Helena and Aurora Advocates bringing a local flavor - and always working closely with Brian Champion and other Kalamaia Kaprun Traditional Owners.

One person who has been there from the very beginning is Brian Moyle from the Wildflower Society. His quiet perseverance and considered, methodical, and respectful advocacy is worthy of special mention - and I am sure Bungalbin would be mined if it were not for the incredible voluntary work of this man.

This time, after an extremely thorough EPA assessment and a lot more science, I think we can be more confident that the McGowan Government will follow through and protect the Range.

In the months leading up to this decision, there were a number of claims made by the mining company Mineral Resources about the jobs that would be lost if their proposal to mine Bungalbin did not proceed. They employed ex Labor Federal Minister for Resources Gary Gray (who has been the subject of several attempts by trade unions to eject him from the Labor party for his pro big business positions) as a lobbyist, and called in every favour they could muster from the mining industry lobby groups.

All along, we knew that the entire volume of the low value iron ore at Bungalbin would only supply the equivalent of a few weeks’ worth of production by the Pilbara mines. Sacrificing the Bungalbin biodiversity jewel for such a small and temporary economic gain seemed ridiculous.

Yesterday’s statement to the Australian Stock Exchange by Mineral Resources in response to the Minister’s announcement laid bare the claims of job losses and economic potential of the mining operation. Unlike other media statements and rhetoric issued by the company and their mining industry cheer squad, ASX statements are required to be correct or they will be found to have misled shareholders.

In the statement, Mineral Resources say that the Minister’s decision to reject their mining application will have no material impact on their business because the ‘declining demand for low grade iron ore products’ means the project was at best marginal for their balance sheet.

The staff they previously said would be out of work if the mine was rejected, will be redeployed to other parts of their business according to the ASX statement. 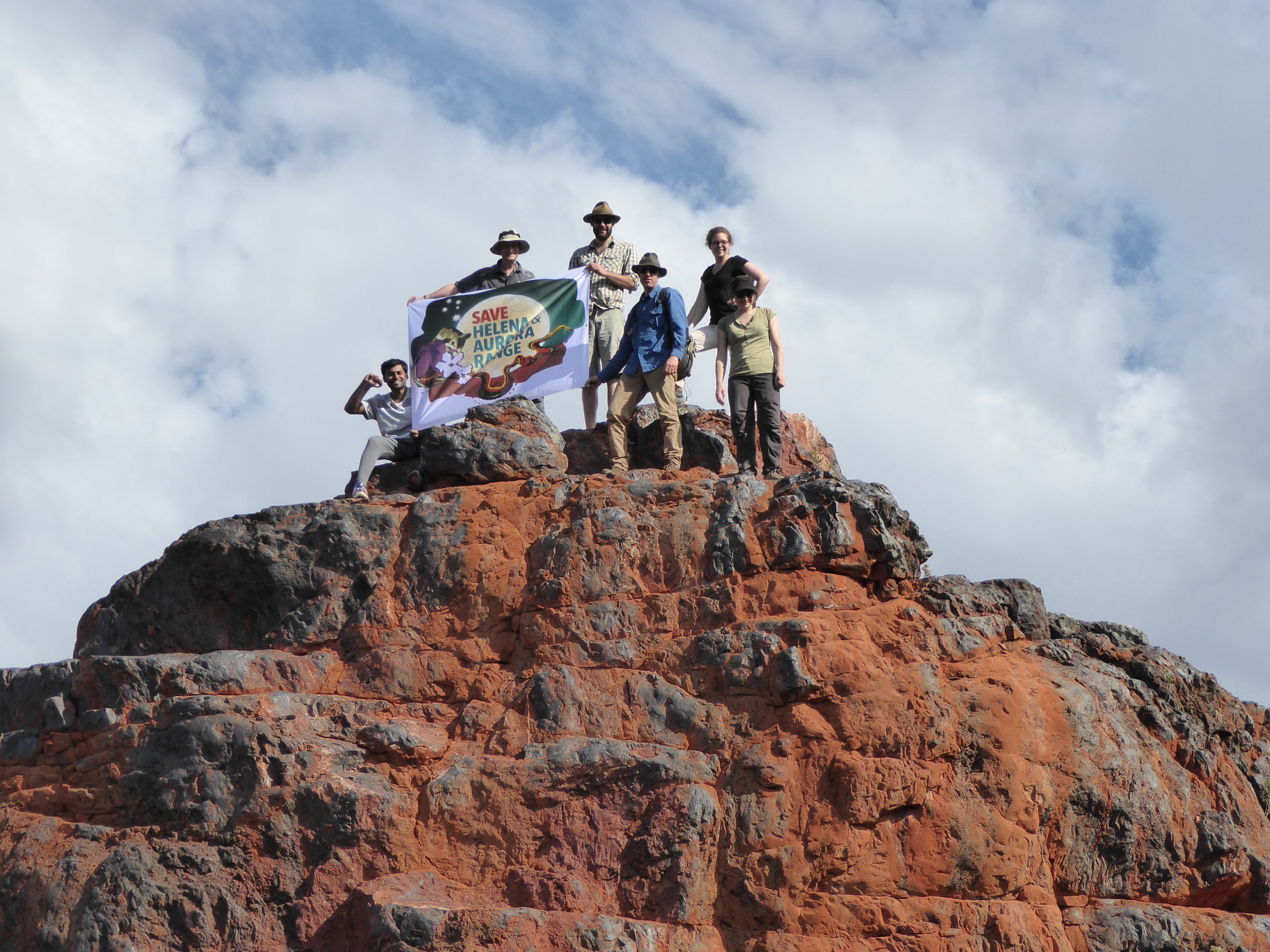 This is not the last time we will hear from Mineral Resources, as they are now moving into the onshore gas industry here in WA. Yesterday, despite the announcement about Bungalbin, their share price increased off the back of a separate announcement that they will be taking over ownership of the Waitsia onshore gasfield development at Irwin in the Mid West. The Waitsia project is described as a 'conventional' gasfield with 'unconventional upside'. This means the proponents hope they will be able to increase gas flow in the future by fracking the gas wells, but initially the wells are expected to flow without the need for fracking. Of course the locals are very sceptical, but the farm at the centre of the gasfield development has already been purchased by the gas company to make their development easier.

Another shareholder in this Waitsia project is Beach Energy, which is part owned by Kerry Stokes and Seven Group Holdings – the owners of the West Australian, Sunday Times, Community Newspaper Group, and Channel 7. Beach Energy have an offshore gasfield interest here in our state, and coal seam gas projects in Queensland.

The connections between this company and so many WA news outlets helps explain why the gas industry and fracking gets a very easy run in the media here in our state.

But that’s getting onto a different topic.

For now, congratulations to everyone who helped achieve a decision by Minister Stephen Dawson to see the protection of Bungalbin.

We hope it can be placed into joint vesting and joint management with the Kaprun people, who should be supported to continue practicing their cultural traditions and land management. The protection of the Range can also provide a basis for a new ecotourism and heritage trail in the area, providing a unique and remote tourism and recreational opportunity within a day’s drive from our capital. This will provide far more enduring value than the short-lived mining of the low value ore in the Range.