WA has a history of political parties and conservative leaders badly misjudging the mood of the electorate on environmental issues, including at election time. It happened in 2001 when the Gallop Labor Government was elected on the back of the campaign to stop logging of ancient forests in the South West. Since then, major environmental campaigns including the James Price Point LNG development in the Kimberley, and the culling of sharks have wrong-footed Premier Barnett.  Right now it is happening again with the Roe 8 highway, gas fracking, climate change, and a range of other local issues resulting from poor environmental decisions by a Government that has failed to consult, engage, or understand the communities they affect. 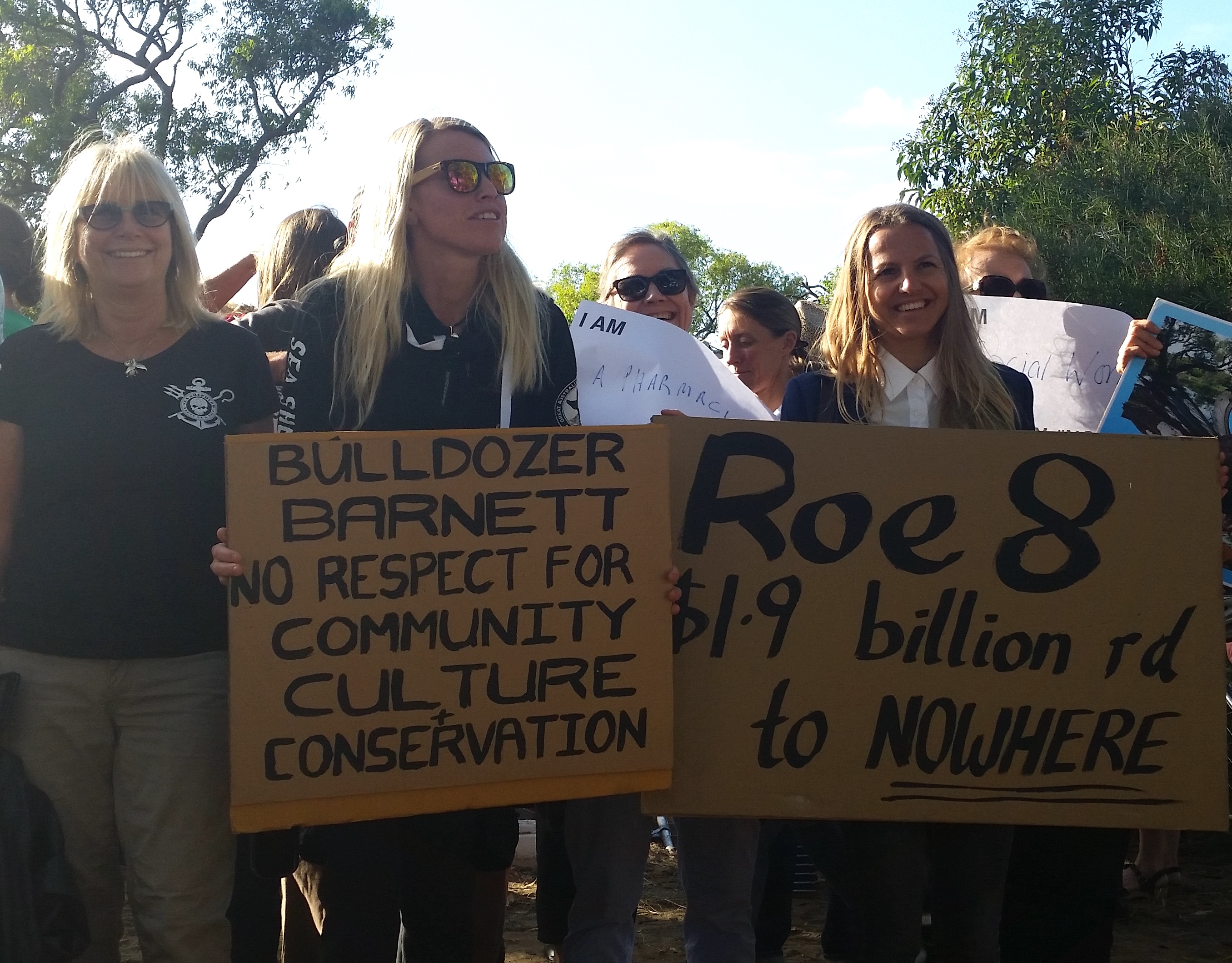 Western Australians don’t think about ‘the environment’ in a generalised theoretical sense. But when they become aware of specific issues, they can rapidly rise to the top of the priority list for voters - and at a close election, this can be more than enough to unseat a government.

Farmers across WA are concerned about gas fracking because of its impact on their farming business and the health of their families, and because they have no rights to prevent fracking on their land. Mothers are concerned about the impact of fracking on drinking water resources, its contribution to climate change, or the toxic emissions that poison communities surrounding gasfields. People across the State are astonished that a government would issue gas fracking exploration leases over their homes and communities with no consultation and very little regulation. None of these concerns fit into an abstract notion of ‘the environment’ as it appears on a pollsters list, but they will be important considerations for many at the ballot box.

Similarly, the decision by Premier Barnett to send bulldozers into the ancient ecology and Aboriginal heritage of the Beeliar Wetlands triggers deep concern in voters for a wide range of reasons. Research on voter preferences in the new bellwether seat of Bicton reveal some subtleties to this issue, that leave the Government badly exposed in what looks to be a knife-edge election. Even people who support Roe 8 and the Perth Freight Link do not support the clearing of the wetlands just weeks before an election, which could change government and put a stop to the whole project. Many of this group are Liberal voters who see the bulldozing for the arrogant, unnecessary, and pre-emptive act it is, calculated to do maximum damage and draw out community anger. The concerns are not just environmental, but go to the very character of the Premier and the Government he leads, revealing a vindictiveness that will be difficult to support at the polling booth.

Others in the same electorate are concerned about the increased traffic from the toll road, and the health impacts of diesel fumes from ventilation stacks on a tunnel to be built under their homes and suburbs. This is why Bicton voters strongly support the building of a new port in Kwinana rather than the current Government policy to massively increase traffic through Fremantle Port to cater for future growth in shipping. Again, these concerns do not fit neatly into an ‘environmental’ box, and are not environmentally motivated, but they feed into an environmental campaign that could just bring down a government. 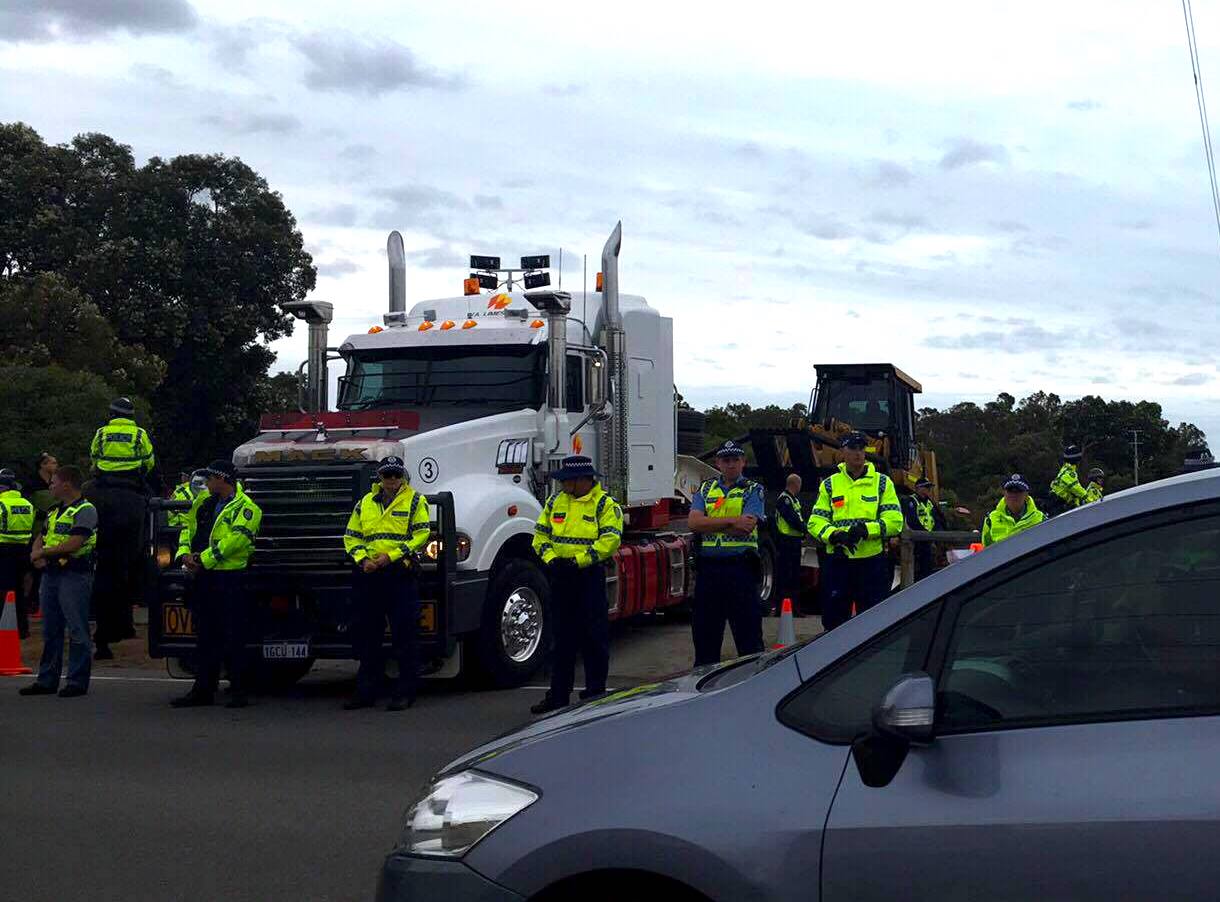 The State’s only daily newspaper is another important contributing factor to the Barnett Government’s environmental blind spot. The newspaper barely covers environmental issues at all, and when these stories are covered they are often turned into an attack on environmental groups, the ALP, or the Greens. In running its embarrassingly naked business-driven agenda, the paper presents a caricature of environmentalism that does not resonate with voters, because it does not reflect the nuances of Western Australians’ relationship to the environment.

It’s true - relatively few Western Australians identify as environmentalists, but it is our environment that brings many to WA and keeps many here. The environment is the foundation of our unique outdoor lifestyle. It is also the basis for large sections of our economy including tourism, food, wine and farming, and many other industries that provide far more jobs than the mining industry ever will. This is why Western Australians become concerned when our environment comes under threat - not because they are ‘greenies’.

Take the example of the shark cull, where the newspaper ran stories almost every day for months in an open and concerted campaign in support of the brutal policy. Despite these efforts, every poll demonstrated the overwhelming popular support was with community and environmental groups, and this support continued to grow despite the increasingly fervent editoralising of the paper. What the newspaper coverage did was to lull the Premier and the Government into a false sense of security on the issue to the point where despite poll after poll against the cull, the Premier still claimed his policy was supported by a ‘silent majority’. In the end, the paper demonstrated itself to be far less influential on popular opinion than was thought, and the collateral damage was a serious blow to the Premier’s credibility on the environment.

Now, just before the election we are seeing a very similar pattern emerge with the Roe 8 highway. The same daily newspaper has openly declared its support for the controversial project, and day after day its editors have delighted in running anti-environmentalist alternative facts dressed up as news. Similar treatment has been afforded to the decision by Environment Minister Albert Jacob to over-rule the EPA advice against approval for the uneconomic Yeelirrie uranium mine proposal. 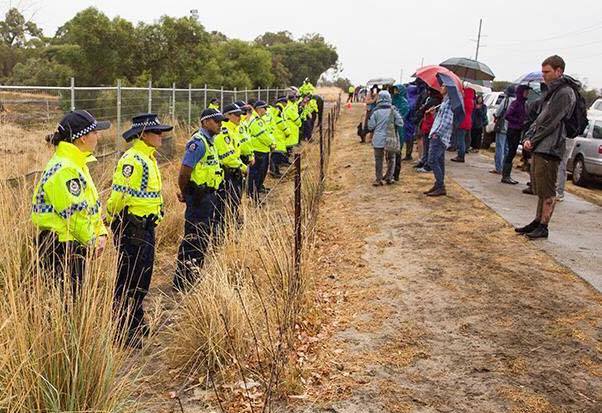 But in their agenda-driven reporting, the paper is missing the point that is exercising the minds of many Western Australians. If the Government can get away with ignoring its own environmental policies and safeguards for these projects, what will be next? Reasonable people understand that these protections are in place for a reason. They protect our clean air, fresh water, and the natural environment that we all depend on. If we allow them to be torn up for the sake of a uranium project or toll road with no business case and no bipartisan support, then our health and wellbeing could be under threat everywhere.

Right now, we are seeing a level of interest and engagement in environmental issues that we have not seen for over a decade. Across the State, community groups and volunteers are self organising to knock on doors, make phone calls, run stalls, stage community events and generally raise public awareness about issues that place our environment, our health, and our way of life at risk. It is the cumulative result of a Government that has failed to consult the community, and failed to listen when it has made environmental decisions. The Leader of the Opposition, Mark McGowan, promises a fresh approach, and his history as Environment Minister has taught him a keen awareness of the electoral opportunity in this area. Whether he will be given a chance to demonstrate that as Premier is yet to be seen, but one thing is certain - the Barnett Government’s environmental blind spot is helping his chances.