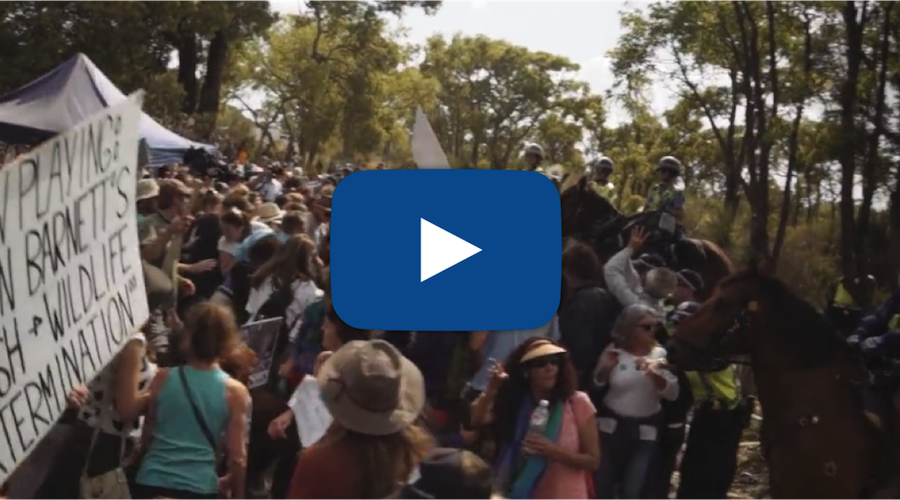 We’re only a few weeks into 2017 and it’s already shaping up to be one of the most powerful years for WA’s environment yet. Find out why in your highlights below!

An unprecedented alliance of local, state, and national environment groups led by CCWA has unveiled a plan for protecting WA’s environment and transitioning to a low pollution economy, ahead of the State election in March. The plan was developed in consultation with community groups, experts, scientists, Traditional Owners, and community leaders across the State.

Register now for our public forum on 2 March, where all political parties will be invited to share their environment policies and respond to the plan.

Now it’s your turn to have your say on the environment issues that are most important to you. Take the Community Election Survey and share your priorities with your Members of Parliament!

This morning, as part of the broadest and most diverse alliance on climate change in Western Australia’s history, we celebrated the launch of the Climate Consensus Statement. The groups - which include farmers, churches, unions, and doctors - are asking political parties to commit to action that will tackle the State’s rising pollution, and transition to a renewable energy economy. Register now for the Feb 9 public forum with Prof. Fiona Stanley!

On 12 January, one of biggest community actions in WA history took place, gaining state and nationwide media coverage. More than one thousand people stood up to hold the Barnett Government accountable for the unnecessary and ruthless destruction of unique and threatened Banksia Woodlands, just weeks before an election which could see the project overturned.

This campaign is so much bigger than just the Beeliar Wetlands - read CCWA Director Piers Verstegen’s article on why every West Australian must protest the Roe 8 toll road.

People across Perth are taking action to protect the Beeliar Wetlands and stop Roe 8. Volunteer teams are door-knocking, phone-banking, and holding events and actions across the metropolitan area to support the campaign. Contact the CCWA office if you want to get involved or support our community outreach campaign by donating now!

On 16 January, Environment Minister Albert Jacob approved the proposed Yeelirrie uranium mine, despite the EPA’s recommendation that the project should be rejected as it would make several species extinct. To draw the Minister’s attention to these species, Nuclear Free WA volunteers dressed up as the affected stygofauna and visited Dumas House! Help keep the pressure on - email the Minister at [email protected] and let him know what you think of his decision.

Hundreds of you are spreading the word about the threat of fracking in the lead up to the State election, either by displaying Frack Free Future signs on your properties, or by inviting your friends and family to community meetings. Thank you for sending a powerful reminder to WA voters about what’s at stake this election. Get your signs here, and we’ll see you at the Kalamunda and Mundaring film screenings on Feb 9 and 10!

Thank you for all that you do for WA’s environment - we’ve had an incredible start to 2017 together, and we can’t wait to see what we can achieve next!

The whole team at CCWA

P.S. We have some powerful events lined up for the next two months - make sure you register now so you don’t miss out!

Feb 9: Public Forum - Climate change, health & renewables in Western Australia with Prof. Fiona Stanley. MPs and candidates from all major parties have been invited to answer your climate and related health and energy questions.

Feb 10: Mundaring WHAT the Frack? Mundaring Film Night - Fractured State. Please come along to Mundaring Hall to watch a free screening of 'Fractured State' followed with discussions on fracking in Western Australia.

Mar 2: Public Forum - Protecting WA's Environment is Protecting Our Future. An unprecedented alliance of local, state and national environment and conservation groups has unveiled a plan for protecting WA’s environment and transitioning to a low pollution economy ahead of the State election in March. Now it's time to hear where our political parties stand on these issues.