Thanks to the strong community behind the Frack Free Future campaign across the state, there is currently a moratorium on fracking in WA under the McGowan Government. That means no fracking – at least not for the time being while an inquiry is underway.

The WA Government has a clear mandate on this issue, backed by thousands of people and communities across the state. Despite this, it seems the Federal Government and the gas industry are working overtime to get fracking underway.

Last week CCWA revealed that a Commonwealth Government agency (Regional Development Australia – Kimberley) was promoting a fracking project and gas pipeline in the Kimberley, despite the State Government’s fracking moratorium.

Few details of this project have been released to the public, but we can reveal that the target gas resource is the Valhalla 2 gas reserve located near Noonkanbah station - the site of bitter conflict with Aboriginal people over oil drilling in 1980. Local fracking company Buru Energy recently sold its gas exploration tenements in this area to Mitsubishi Resources Australia, who are now one of the proponents of this fracking project and pipeline, together with DBP (Dampier Bunbury Pipeline) Development Group (DDG). 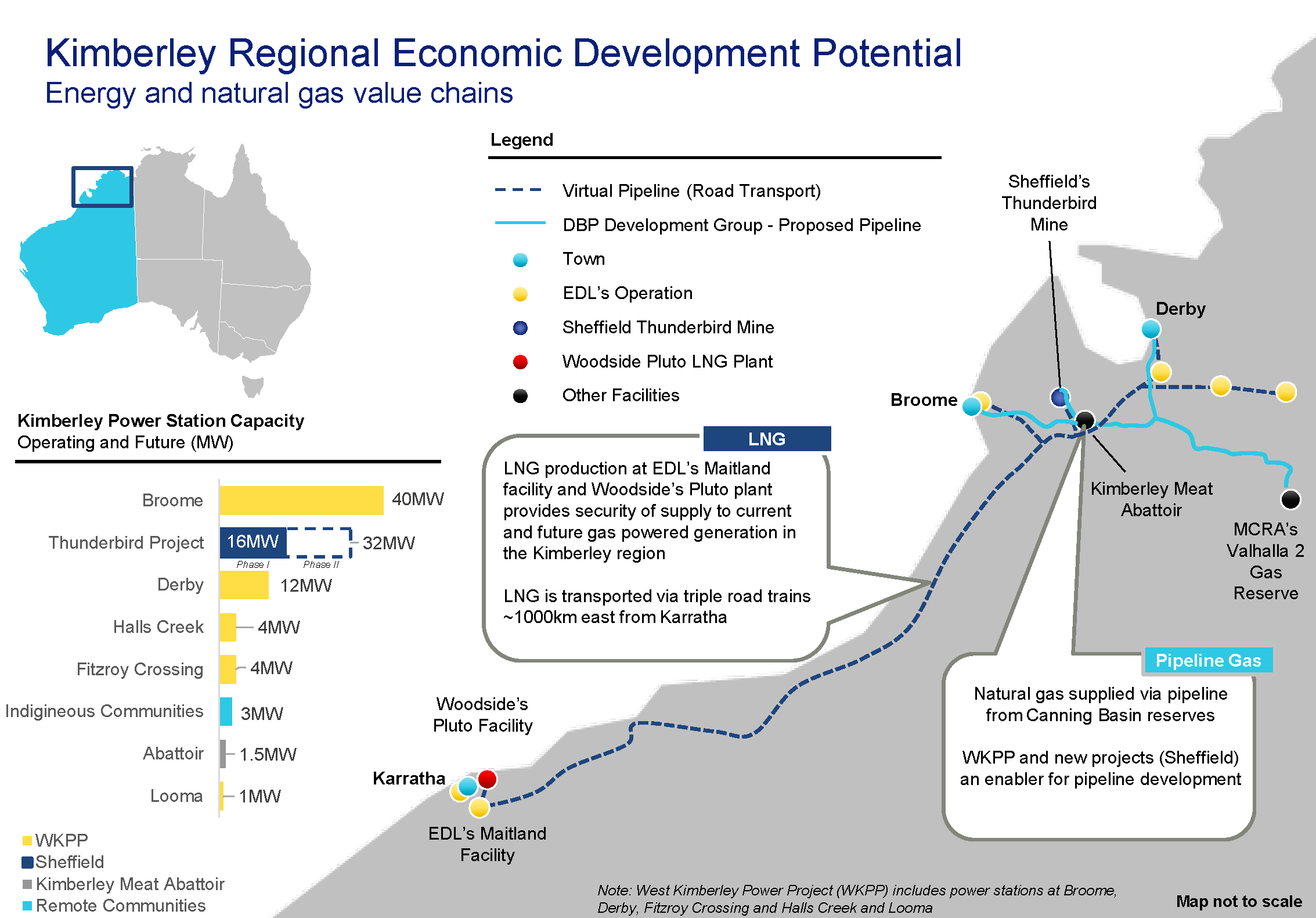 The project would involve the development of a gasfield and pipeline to supply gas to the West Kimberley, including Broome and Derby, which are currently supplied with gas by road tankers from the existing Karratha LNG plant. The Sheffield Resources Thunderbird mineral sands project (currently subject to EPA Assessment) is considered to be an "enabler" for the fracking project and pipeline because it would be a major user of gas from the pipeline.

The project is unlikely to be financially viable on its own, but even that that won’t stop the Turnbull Government.

Industry insiders say that the project could receive funding from the Turnbull Government’s Northern Australia Infrastructure Fund (NAIF) - the same fund that is being considering a billion dollar subsidy to the Adani Carmichael coal mine.

It seems that the Turnbull Government are hell-bent on promoting the fossil fuel industry, even at the expense of taxpayers, communities, and our climate.

Recently, Federal Treasurer Scott Morrison made the insulting suggestion that GST funds should be withheld from states with fracking bans. Then Australia’s "embarrassing mad uncle" Tony Abbott called for the army to force fracking on communities!

But this is much more serious than political theatre.

The fracking project being proposed near Noonkanbah in the Kimberley could open up one of the largest onshore gas basins in the world.

If the fracking industry gets a foothold in the region, we could see thousands of fracking wells, threats to groundwater, and a massive increase in carbon pollution.

The first investment decision announced by the NAIF is right here in WA – a port and supply base designed to support expansion of the offshore oil and gas industry, which would be a direct subsidy to multinational petroleum companies.

At a time when thousands of individual Australians, as well as banks, churches, universities, and other institutions across the country are divesting from fossil fuels, the Turnbull Government should not be investing public funds in risky and polluting fossil fuel projects such as the Adani coal mine, Kimberley fracking project, or the Onslow oil and gas supply base.

You may not realise but your own superannuation fund could be investing your savings in fracking and fossil fuels.

Make the switch to Australia’s first fossil fuel free super fund here and the Frack Free Future campaign will receive a donation from our partners at Future Super.