Behind the Spin: Why McGowan’s fracking policy will be a barnacle on his government

The response to the announcement by Premier McGowan that Western Australia would be opened up to fracking has been one of first disbelief, followed by anger for thousands of Western Australians. History shows people are prepared to accept unpopular policies when a solid rationale is laid out based on sound evidence and analysis, but that is certainly not the case with this decision. 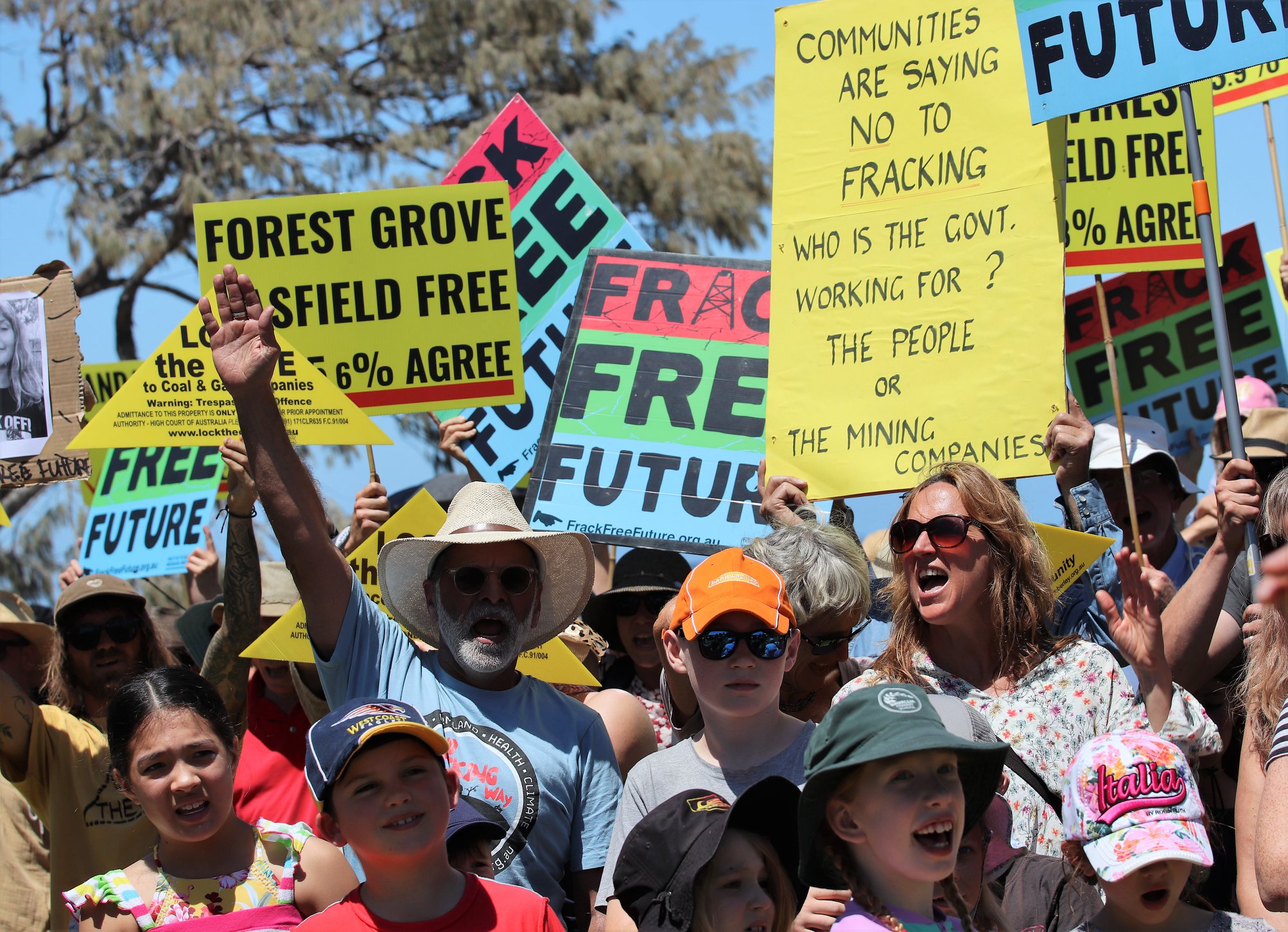 Journalists at the closed media briefing immediately saw through the disingenuous spin that 98% of the state will be frack free. 2% of WA is an area of 5 million hectares, or 50,000 square kilometres - around three quarters the size of the state of Tasmania.

But it’s the location of the fracking sites that is concerning: in the Mid West, directly covering the Yarragadee aquifer where Perth draws its drinking water; near Carnarvon, in the water catchment of fruit and vegetable growers producing much of our fresh produce; and a vast area in the iconic Kimberley, where many Traditional Owner groups have been calling for fracking to be banned.

By allowing fracking in existing petroleum leases, the new policy does little to reduce the area in which fracking would have been possible under the Barnett Government, which gave out petroleum leases like confetti with no community consultation or environmental assessment. So, it is essentially back to business-as-usual for the fracking industry.

Fears that allowing fracking in these areas is simply a way for the industry to get its foot in the door are already being borne out. Last week, an editorial in the West Australian newspaper enthused, “It should be possible before long to take the next step, and safely open up more than 2% of the state”. With no statutory protection for the frack free areas, that scenario will remain a distinct possibility.

Regarding the benefits of the fracking industry, the McGowan Government can’t seem to get its story straight. On one hand, the Fracking Inquiry says that the industry will be small in size, and therefore produce little pollution. On the other hand, the Premier has told ABC radio listeners, “it could be a very significant industry for Western Australia that could generate billions of dollars of royalties for the state and generate thousands of jobs”.

Most people would expect a major decision like this to be informed by economic analysis, however no such study has been done by the Government. A briefing that had been arranged for MPs on the economic impacts of fracking by independent researchers at The Australia Institute (TAI) was vetoed by the Premier. The economic impacts of fracking elsewhere might provide some clues as to why. For example, in Queensland there has been a loss of 1.8 jobs in the agricultural industry for every new job created in fracking, according to the TAI research.

“The gas industry employs less people per dollar of output than any other industry. If employment growth is the policy goal, then investment in virtually any other industry is will deliver better results,” according to TAI’s Rod Campbell.

The research also shows employment of Indigenous people in the fracking industry is likely to be minimal, given most jobs are based in city offices rather than in the communities who will have to host the polluting gas fields.

It is also hard to believe Mark McGowan’s claim that fracking will deliver ‘cheaper gas prices’ for Western Australians. Any economist will tell you that the market price of a commodity is set by the marginal cost - or the cost added by producing one additional unit of a product. Since fracking is acknowledged by the industry to be a more costly way of producing gas than conventional means, the addition of fracked gas into the WA gas market is likely to have the opposite effect to the Premier’s claim. Indeed, this is exactly what has occurred in the Eastern States, where the combination of demand from export market and the addition of costly unconventional gas developments has pushed up the overall gas price considerably.

As a nod to the landholders who have been protesting fracking so loudly, the announcement includes a new ‘veto right’ where farmers and Traditional Owners can say ‘no’ to fracking on their land. This sounds useful, but in practice it is not giving much comfort to landholders. In the Mid West, gas companies have already been buying farms so that they can avoid protracted negotiations with farmers seeking to protect their land and water. However, the surrounding landholders and community who will bear the impacts from pollution, noise, and other loss of amenity will be given no such veto.

It also appears that the veto will only apply to the production phase, so any number of wells can be drilled and fracked during exploration without consent, establishing a physical presence that will be very difficult to unwind.

But it is in the area of carbon pollution and climate change that the fracking decision is so fundamentally out of step with science and public sentiment. It is also a clear breach of the the Premier’s 2017 election commitment to conduct a ‘full lifecycle assessment’ of pollution from fracking, and to maintain the fracking moratorium if fracking were shown to ‘contribute adversely to climate change’.

In September 2018, 50 of Australia’s leading climate scientists and experts signed an open letter to the McGowan Government calling for a statewide ban on fracking due to its profound impacts on the climate, saying: “Unconventional gas resources in WA are one of the largest unexploited potential sources of carbon in the world. Opening these to exploitation would, in our view, be grossly irresponsible given urgency of the climate situation”.

The signatories to this letter include a ‘who’s who’ of climate science in Australia, however the Fracking Inquiry refused to meet with them. Unsurprisingly, the Inquiry, which did not have a climate scientist, reached a very different conclusion to these and other climate experts. Their report, which was suppressed until the Government’s decision was announced, lays out how they reached their unlikely conclusion:

Many assessments of carbon pollution from developments are undertaken every year, but very few are as misleading or ill founded as the carbon analysis included in the Fracking Inquiry. The methodology used would struggle to pass a high school exam, and would certainly be rejected by the EPA if a proponent attempted to submit such an analysis. It certainly should not be relied upon by the community or government to inform policy on critical issues like fracking and climate change.

The Fracking Inquiry has recommended a 2km frack free buffer zone around drinking water supplies, however we understand that this will only apply to certain ‘Gazetted Drinking Water Source Areas’. In most cases, these areas cover only a small zone directly around the groundwater bores supplying regional towns and communities with drinking water, with the rest of the vast aquifers that supply these bores unprotected.

This will leave the majority of our groundwater exposed to hundreds or even thousands of fracking wells being drilled directly through those aquifers, including the Yarragadee. In addition, waterholes used by Aboriginal People; thousands of private bores that provide drinking, irrigation, and stock water for farms; and rivers creeks and wetlands essential to a healthy environment will not be protected from fracking by any buffer zones.

The McGowan Government’s decision to allow fracking in WA based on such analysis is a serious breach of the trust that thousands of Western Australians placed in the WA Labor party before the election. When people cannot trust the information that government decisions are based on, they not only reject the decisions, but the overall trust in government is undermined.

The decision to allow fracking in WA cannot be trusted. It will be resisted strongly by the growing community of people who see the protection of land, water, climate, and health as more important than the profits of a few fossil fuel companies who have the ear of government.

This decision will mobilise and radicalise our community and overshadow the positive environmental achievements of WA Labor. Like a barnacle on the government, this concern will continue to grow until a permanent statewide fracking ban is put into legislation.