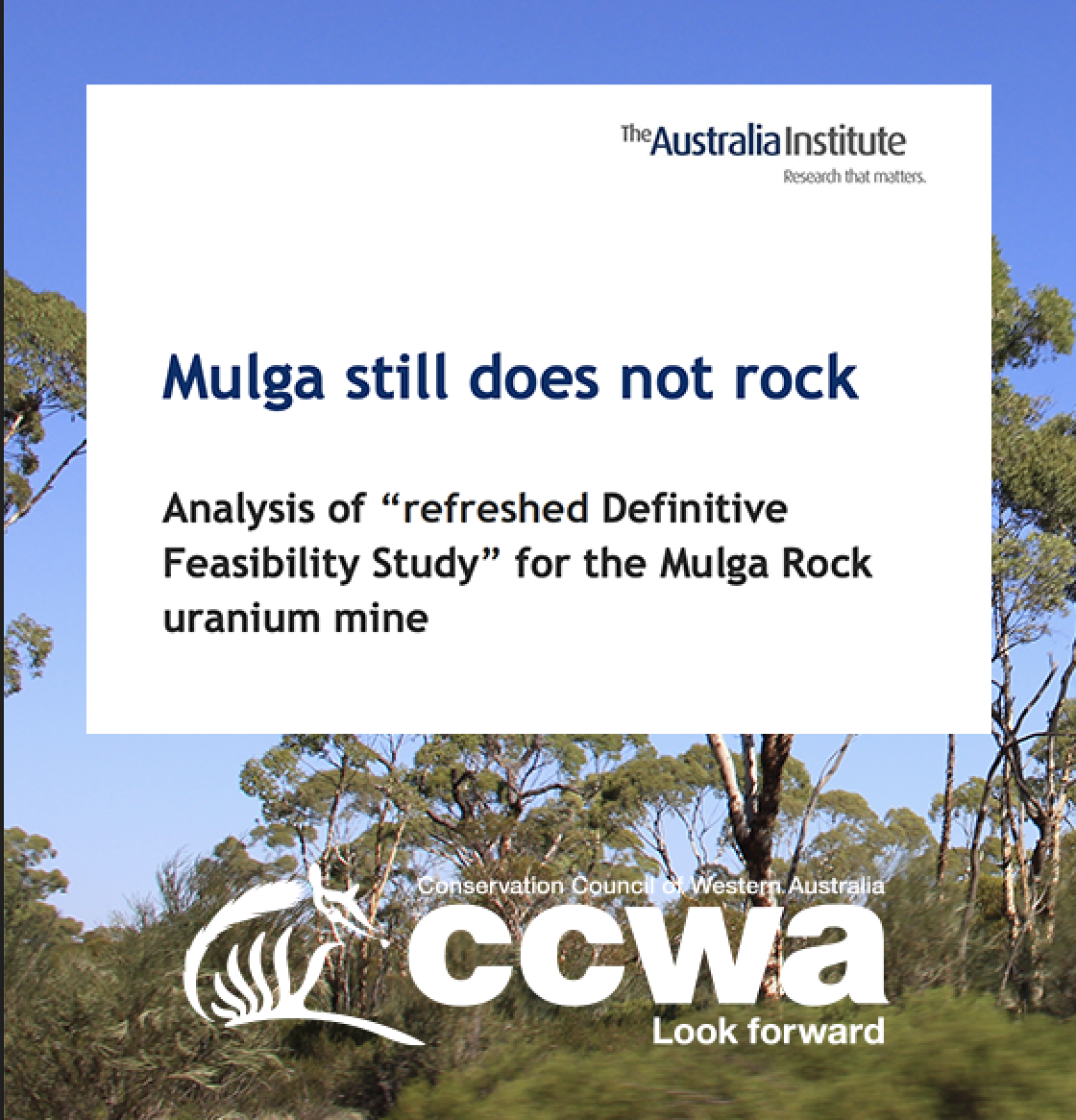 November 26, 2020
Share
As the junior uranium hopeful Vimy Resources gathers for its annual meeting in Perth today a new examination of its controversial proposal near Kalgoorlie has confirmed fundamental flaws with the project’s economic predictions and assumptions. 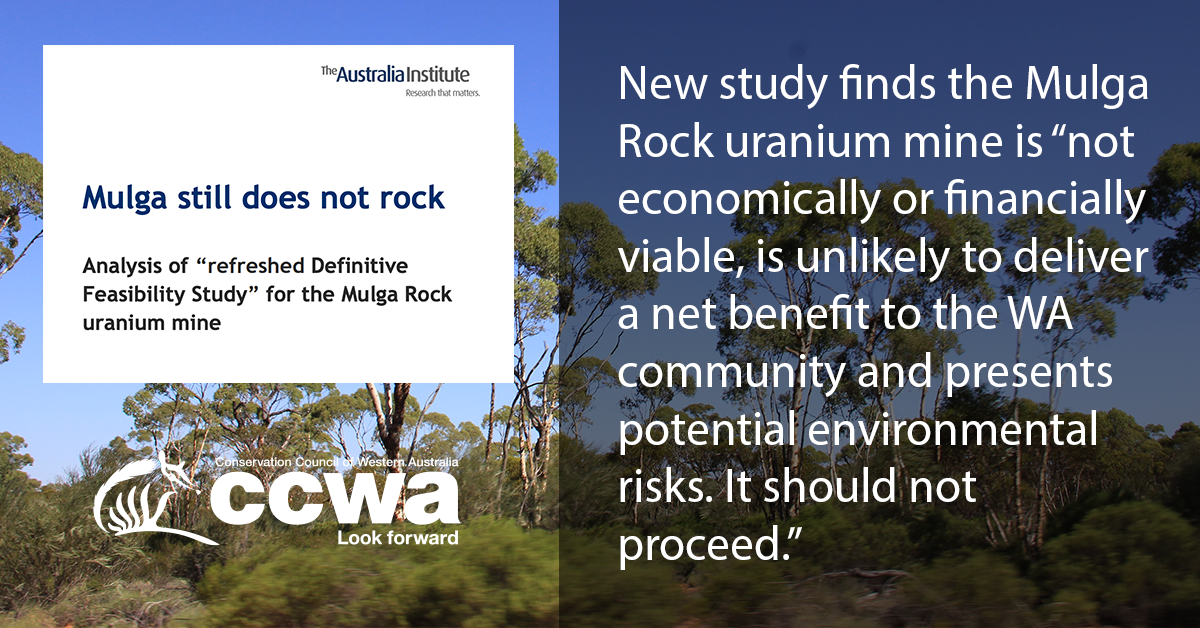 The Conservation Council of WA and The Australia Institute have released a report that reviews Vimy’s Definitive Feasibility Study “Refresh” that shows company assumptions on nuclear power uptake, exchange rates, project costs and uranium prices are unjustified and overly optimistic.

“Vimy Resources Mulga Rock plan relies on uranium prices that have not been seen since Julia Gillard was in the Lodge and Blurred Lines was in the charts in 2013,” said Richie Merzian Climate and Energy Director at The Australia Institute.

“The economics of nuclear power have gone from bad to worse since then, with costs of renewable energy declining and the increasing need for generation to respond quickly to market conditions. Vimy’s claims of reduced costs run counter to the economic literature on mining project assessments – historically projects run over budget by 60%, with bigger blowouts most common in marginal projects like Mulga Rock.”

Piers Verstegen, Director of CCWA outlined how the push to establish the Mulga Rock uranium project represents a very real environmental and economic risk to WA. “What is more dangerous than a uranium mine is an uneconomic uranium mine. Vimy Resources has either ignored or withheld the very significant rehabilitation costs from its shareholders. If, as the evidence suggests, the project and company fail then there is a very real chance that the West Australian government and taxpayers will be left to foot the clean-up bill.”

“Risking this fragile desert ecology for a highly marginal mining proposal which lacks all the necessary approvals to proceed is unlikely to turn out well for Vimy’s investors, This project will continue to be actively opposed”.

Vimy’s Annual General Meeting will be held at the Royal Perth Golf Club, Labouchere Rd, South Perth. There will be key media opportunities from 10.30 – 11am.