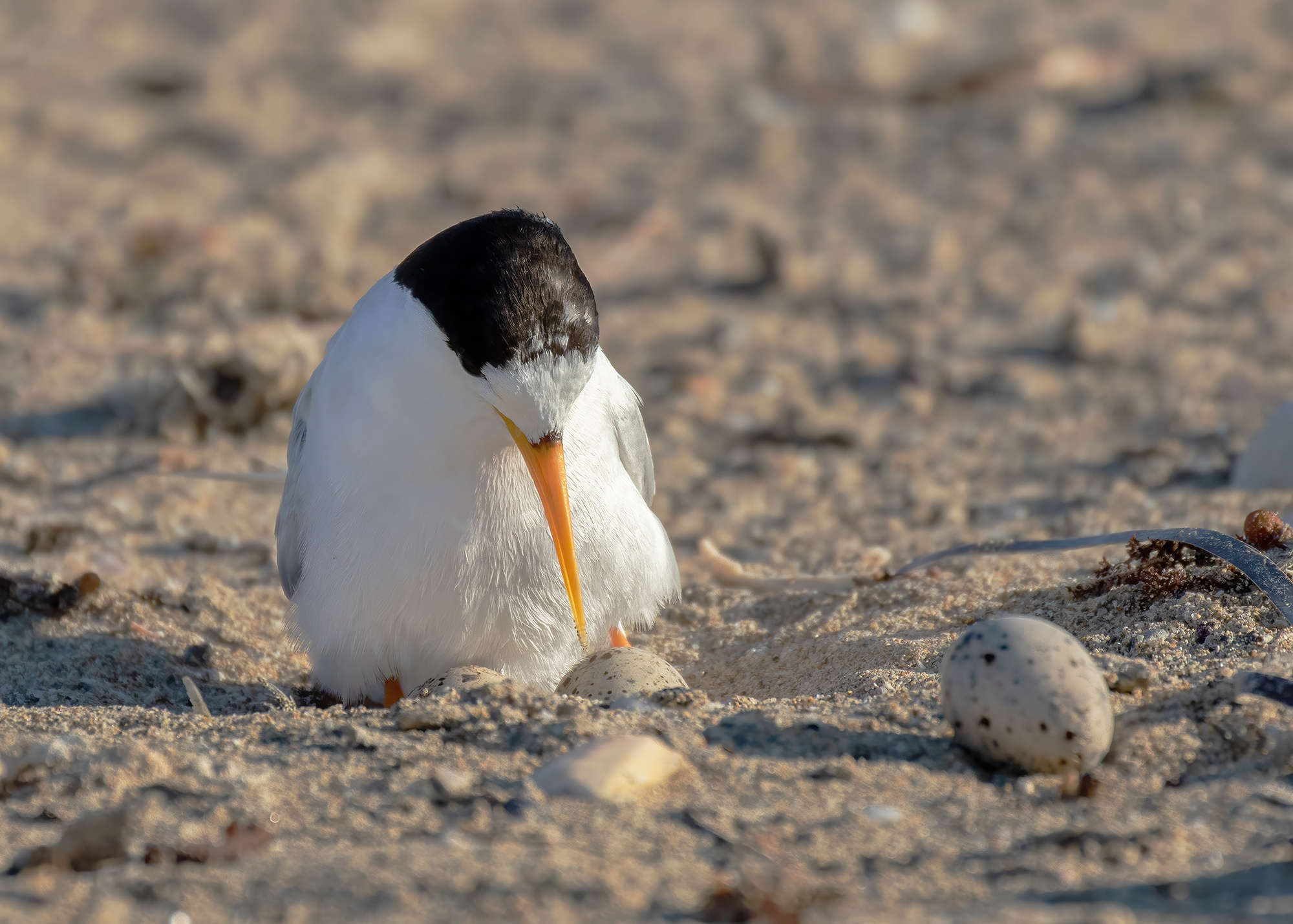 A new community-led strategy to help protect the threatened Australian Fairy Tern has been launched today.

The initiative brings together a network of conservation organisations; government agencies; local authorities and community groups to help protect Fairy Terns in the lower west coast area of south-western Australia. The area covers the coastline between Fremantle and Bunbury.

The Australian Fairy Tern is one of Australia’s smallest and rarest seabirds. The small costal bird measure less than 25cm from bill to tail and is distinguished by a distinctive black ‘head cap’ and bright orange bill.

Fairy Terns build their shallow nests on sandy beaches and near estuary mouths during the summer months. The exposed nature of their nesting sites means Fairy Terns and their eggs are particularly vulnerable to disturbance by vehicles, pets and feral animals.

It is currently estimated that there are fewer than 3,000 breeding pairs of Fairy Terns in WA. Of those, around 700 pairs breed in the Perth Metropolitan region. The area is subject to some of the most serious threats to the species, including increased coastal development; coastal recreational activities and predation from feral and domestic animals.

The WA Fairy Tern Network was formed by the Conservation Council of WA (CCWA) in 2015 to coordinate a collaborative approach to protecting the terns.

The strategy – which is the first of its kind - will provide a framework for each organisation or community group to help protect Fairy Tern colonies during the crucial breeding period. It is also hoped that the strategy will strengthen links and collaboration across the community.

Dr Nic Dunlop from CCWA, said: “Fairy Terns are unpredictable and have a tendency to move between multiple sites along the WA coast. This means that they may be commonly found on either government, public or private land and it can therefore be difficult for one group or organisation to monitor them effectively.

“By strengthening the ties between each of the network members – as this strategy sets out to do – we hope it will become much easier to protect this species across its many breeding sites in the region.”

CCWA Citizen Science Manager, Dr Claire Greenwell, said: “This region is a hugely important breeding area for Fairy Terns, nationally. However the area requires intensive management and monitoring to protect against the disturbance of breeding sites and the impact of predators.

“Previous breeding seasons have shown that with careful and coordinated management between all the relevant bodies, urban environments can continue to be prized habitats for this iconic species.”

Adam van der Beeke from Fremantle Ports – which supported the development of the strategy – said: “Fremantle Ports has recently contributed $5,000 to monitor predator interactions with the Fairy Terns and a further $5000 to the preparation of the Fairy Tern Conservation Management Plan.

“We are proud of the work we are doing protecting our local environment and particularly of the success and lessons learnt from the Fairy Tern sanctuary developed at Rous Head.

“We are pleased to see those lessons shared in the strategy for the benefit of other Fairy Tern nesting locations.”

Conservationists are celebrating another successful breeding season for one of WA’s most iconic and vulnerable species as efforts continue to protect the Australian Fairy Tern.
Read More

Under normal circumstances, the sight of a dozen-or-so torchlit figures stalking silently across a suburban beach, in the dead of night, might be a little concerning.
Read More