Environment and conservation groups from across Western Australia have gathered in Fremantle for the 28th Annual Community Conservation Awards.

The awards, hosted by the Conservation Council of WA (CCWA) recognise the contribution of organisations, businesses, campaigners and volunteers in the fields of conservation, climate and environmental protection.

CCWA’s highest accolade is the Bessie Rischbieth Conservation Award, named in honour of Australian social activist and pioneer of the conservation movement in Western Australia who famously entered the Swan River to block bulldozers during construction of the Narrows Bridge. It is presented to an individual who has demonstrated an outstanding commitment to the WA environment, who has had the courage to challenge government and non-government decision makers.

Geoff Evans, the long-time convenor of the Denmark Environment Centre, was this year’s winner, recognising his exceptional contribution to conservation in WA. The judging panel made particular mention of Geoff’s work to protect Lake Jasper from mineral sands mining – a campaign which spanned 25 years – and his tireless efforts in support of other high profile causes, such as the Campaign to Save the Native Forests. 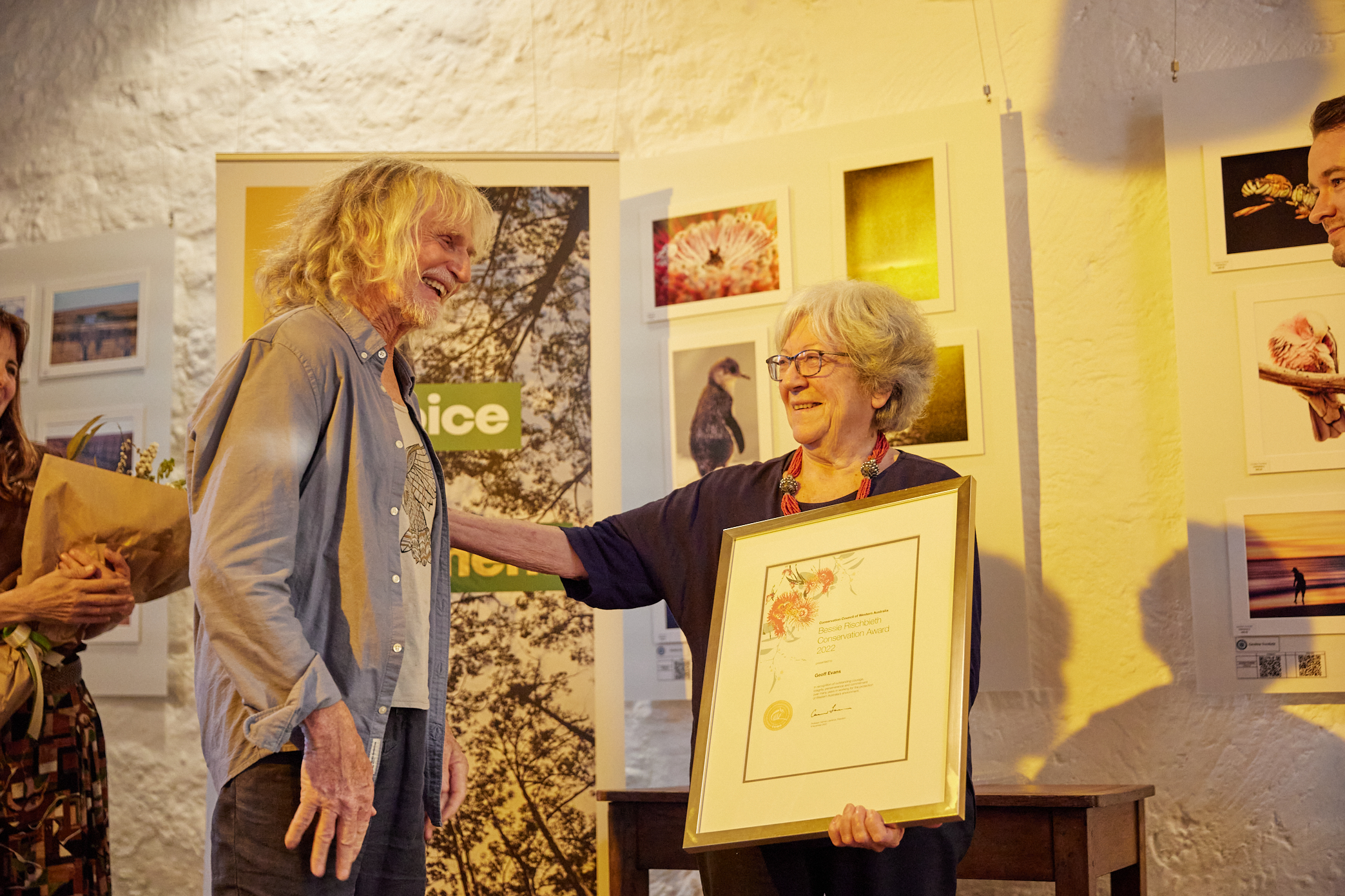 The award was the second Geoff was called upon to receive, having accepted the Len Howard Community Group Award on behalf of Denmark Environment Centre, earlier in the evening. The accolade was in recognition of the group’s many successes in conservation, including the creation of a sanctuary zone to protect vulnerable migratory birds at Prawn Rock Channel and in support of a no fishing zone at the popular snorkelling and swimming spot, Greens Pool.

Bruce Ivers, a volunteer with the WA Landcare Network, Bicton Environmental Action Group, Friends of Ken Hurst Park and who runs his own small business, Trees Australia, was the recipient of the Dr Nic Dunlop Conservation Science Award. Bruce’s work with students and young people to explore the science of tree planting has seen more than 450,000 new seedlings planted by 6,000 school students.

The John Oldham Conservation Employee Award went to Donna Chapman; graphic designer, digital communications manager and producer of campaign materials for the WA Forest Alliance. She is also the designer behind the publicity campaign for Cry of the Forests, a film which documents the plight of native forests in WA’s South West. 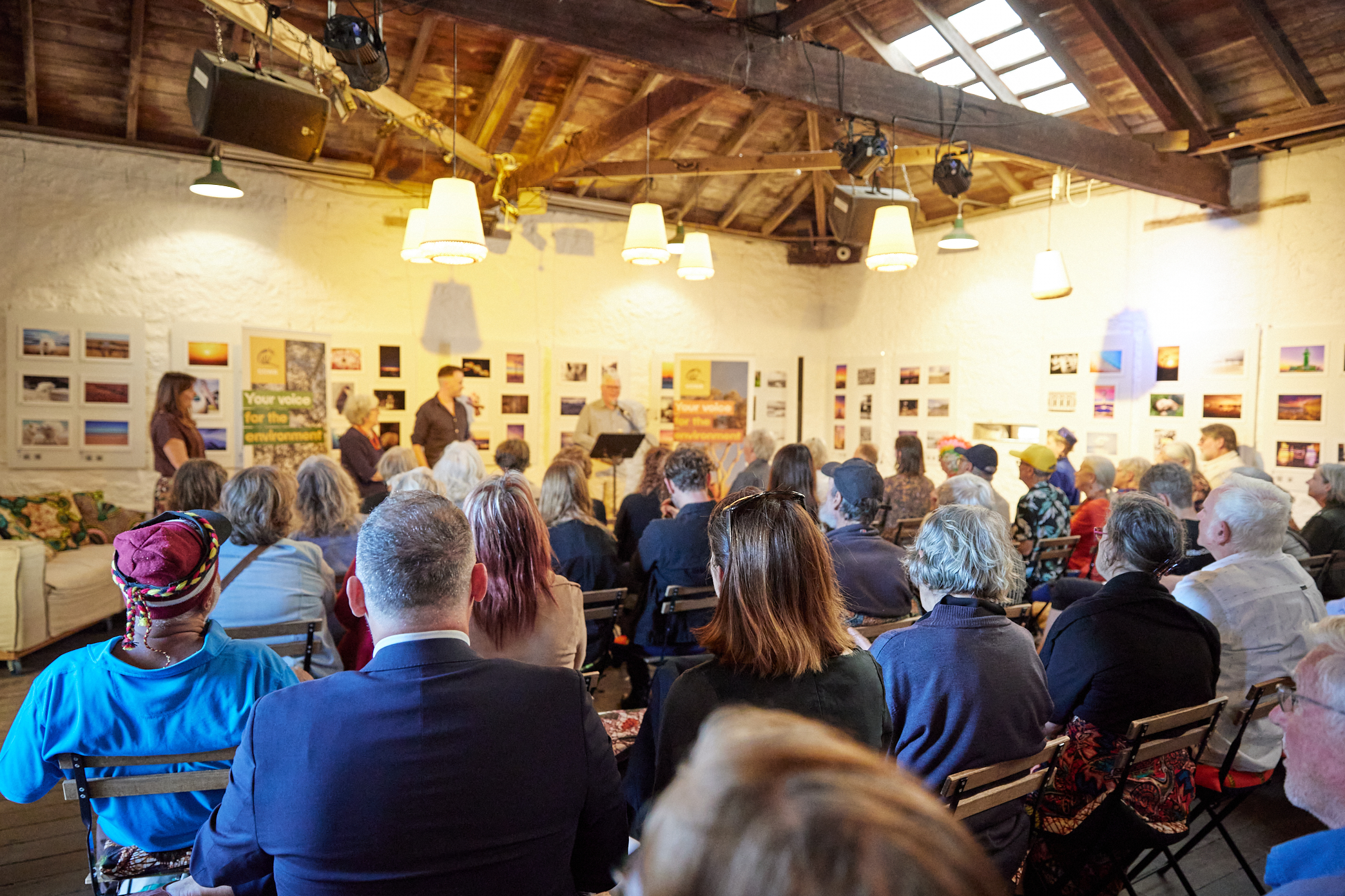 The Young Environmentalists Award – celebrating the contribution to WA’s environment of an individual aged 30 years or under – was won by Dylan Storer. Dylan, who grew up in the remote WA town of Fitzroy Crossing, is an active voice in the fields of climate and conservation as a youth advocate, journalist and facilitator. He has worked with the ABC, The Guardian and was the 2021 Northern Australia Liaison for the Australian Youth Representative to the United Nations.

Paddy Cullen and Anthony Collins were both recognised for their long-term contributions in their respective fields and will join the CCWA Honours list, which is open to employees or volunteers of CCWA and its member groups. 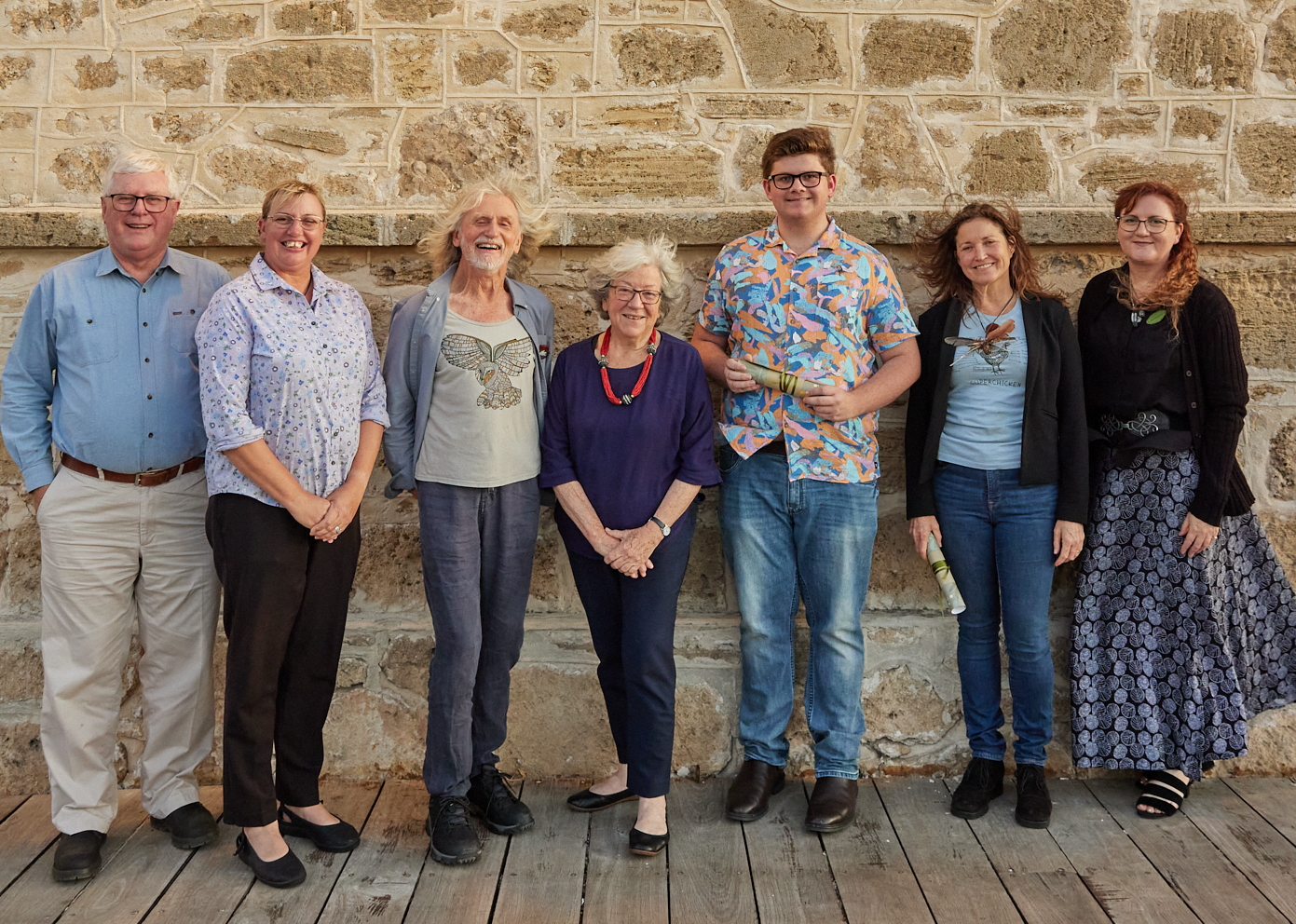 CCWA President, James Eggleston, said: “The CCWA Community Conservation Awards provide a fitting occasion to reflect on the year’s successes and struggles which are part and parcel of the work to protect WA’s natural environment.

“Our conservation sector is driven by the work of groups and volunteers who dedicate themselves to campaigning for the protection of the things that make WA such a special and unique place. It is hard and often demanding work which can span years, even decades. It is a privilege to be able to recognise those people and their enormous contribution to Western Australia.

“On behalf of CCWA, I would like to thank all the staff, member groups and volunteers for all their efforts in 2022 and to wish them a very happy and restful Christmas.”

Past award recipients can be viewed here

We support changing the date of Australia’s national day

26 January is not a day of celebration for all Australians. Today is a polarising and difficult day for many – particularly for Indigenous people and communities. Many people across our state...
Read More

The Conservation Council of WA (CCWA) is proud to announce the appointment of Joe Heffernan as the organisation’s new Executive Director.
Read More

The Conservation Council of WA (CCWA) has welcomed proposed plans to expand the Container Deposit Scheme to include a number of new drinks containers which are eligible for the 10c redemption.
Read More