Western Australia’s peak conservation group, the Conservation Council of WA (CCWA), has thrown its support behind measures to temporarily reduce recreational fishing pressure following a call from the Shire of Shark Bay to by temporarily halve catch limits in local waters. 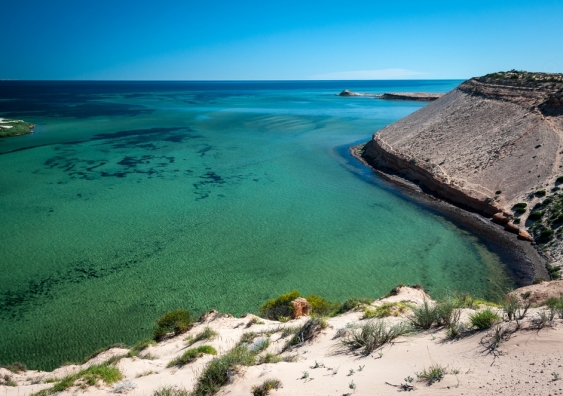 The influx of visitors to the state’s north-west, while good for local businesses is putting pressure on the areas fish stocks, with the Shire reporting that during the July school holidays 1,000 kg of fish waste was removed from the fish cleaning tables on Shark Bay's foreshore each day.

CCWA Director Piers Verstegen congratulated the Shire for taking a responsible position to protect local fish stocks and warned that a similar situation is likely to be occurring at Coral Bay, Exmouth and other popular fishing areas around the North West coast.

"We have never before seen a situation with international travel restrictions seeing so many people holidaying here at home. Campsites and caravan parks in the region are fully booked and the number of visitors for an extended period is unprecedented. This is great for regional tourism and for West Australians connecting with the environment, however, there are some issues that need to be managed and recreational fishing impacts are one of those.

“While some may see this as an unpopular move, responsible fishers know that something has to give and this proposal will protect fish stocks for the future.

“We strongly urge the Minister for Fisheries to take the sensible advice from the Shire of Shark Bay and to also examine other areas where increased visitors may be putting unsustainable pressure on fish stocks and habitat. Consideration may also need to be given to reviewing the commercial fishing take where the same species are being targeted by both recreational and commercial fishers

"We understand that the Department of Primary Industry and Regional Development (DPIRD) is commencing a 12-month survey of recreational fishing take around the state, however, the current situation is extraordinary and we agree with the Shire that it requires a more timely response” concluded Mr Verstegen.