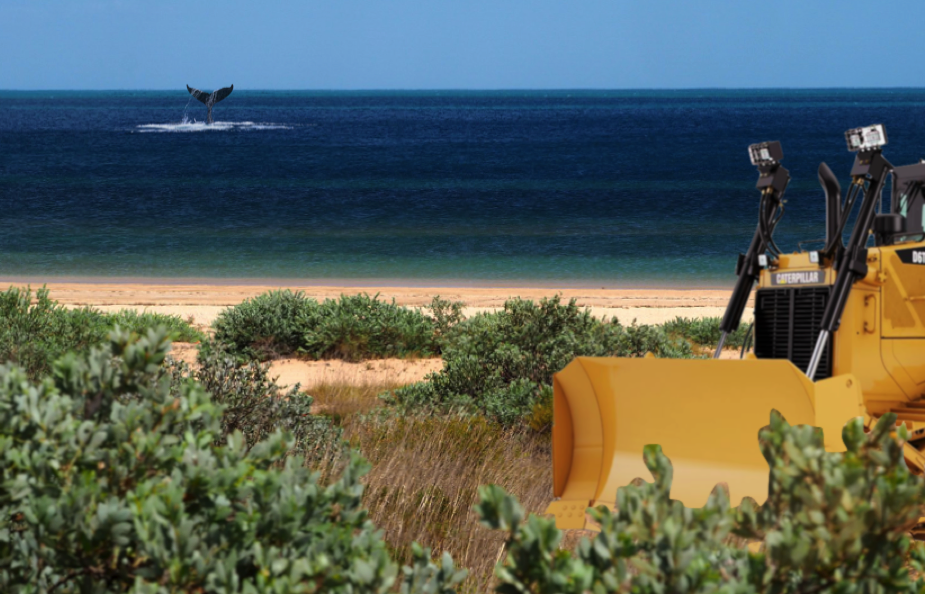 Instead of a ‘Quick No’ the bulldozers are heading for Ningaloo

Very soon, a bulldozer will arrive on a truck to begin clearing native vegetation and important wildlife habitat on the sensitive banks of the Exmouth Gulf, following the approval of a clearing permit provided to a service company for the oil and gas industry. 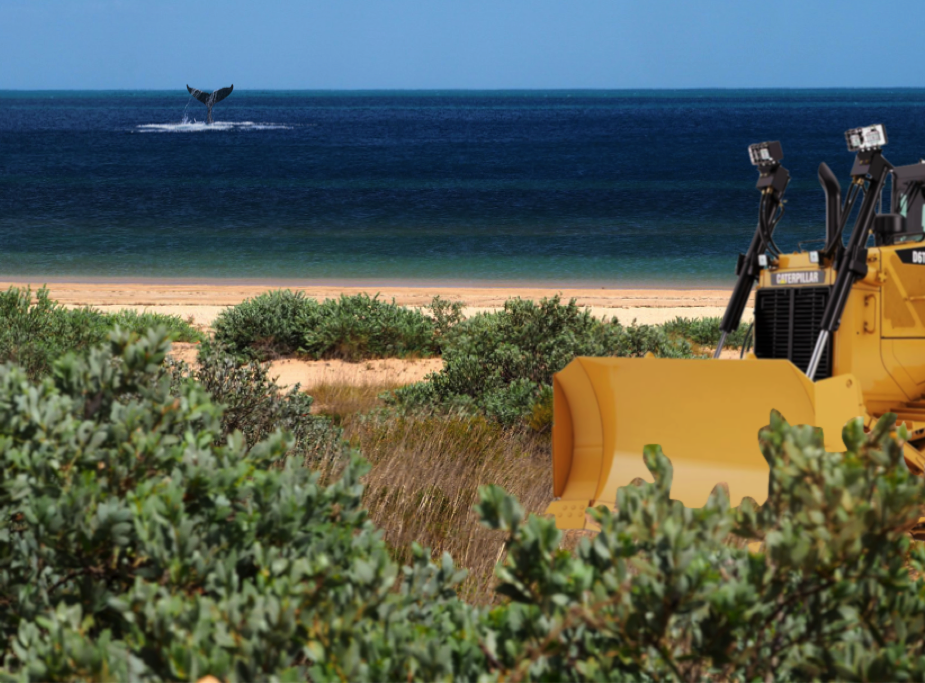 JOIN THE CAMPAIGN TO PROTECT NINGALOO

One might reasonably ask how anyone can be allowed to clear native vegetation on the edges of a World Heritage Listed place with internationally outstanding environmental values, in an area that is ecologically connected to the Ningaloo Reef Marine Park - one of the most significant marine ecosystems in the world?

This clearing does not mean a sprawling industrial proposal is actually approved for the site. Quite the contrary. However, it is claimed to be necessary as part of an Environmental Impact Assessment (EIA) process for the location of a very large industrial development, to service the expanding offshore oil and gas industry in the region.

To many conservationists, experts, locals, tourism operators, fishers, and everyday West Australians, it is blindingly obvious that no such proposal should ever be entertained for this area. This is the favourite holiday destination for so many sandgropers, visited by thousands each year who marvel at the incredible marine life and the relatively untouched natural environments of the Exmouth region.

So how has it got to the stage where bulldozers are rolling in to this special, sacred place?

Part of the answer lies in the environmental approval system that we have inherited from the previous Liberal-National Government here in Western Australia.

In the past, proposals like this were able to be dismissed by the EPA without further assessment.

Where it was obvious that a proposal was going to be environmentally unacceptable from the get-go, the EPA could make a finding of ‘Proposal Unlikely to be Environmentally Acceptable’ or PUEA. In conservation and industry circles, this has always been known as a ‘Quick No’.

This ruling was used sparingly, but was considered a necessary and important tool for the EPA to control environmental impacts. A good example of its use was to prevent the ill-fated Margaret River coal mine proposal.

However, one of the little-publicised acts of the Barnett Government was the removal of this ‘Quick No’ ruling. This meant that the only way to arrive at a decision that a proposal cannot proceed, is to allow the proposal to go through a full Environmental Impact Assessment process which can take years and cost tens of millions of dollars.

One of the benefits of the ‘Quick No’ was that a local community was spared the months or even years of stress and anxiety that a special place would be destroyed while waiting for an outcome of the impact assessment. It also meant that the environment itself would be spared the permanent defilement that results from native vegetation clearing for geotechnical tests, exploration, heavy vehicle access, groundwater testing, drilling, and various other activities that are considered necessary to determine if an industrial proposal can proceed or not.

Finally, the ‘Quick No’ meant that industry proponents would not waste valuable time and money pursuing projects that were unlikely to be deemed acceptable.

A ‘Quick No’ ruling by the EPA delivered certainty for business, protected the environment, and allowed communities to get on with their lives without the threat of an unwanted development hanging over them.

In this case, the local community Cape Conservation Group has tried to stop the clearing by appealing to the Minister for the Environment. However on August 10, news came that the appeal had not succeeded in stopping the clearing. With no ‘Quick No’ option available for the EPA, it is now considered that the proponent has a right to go through the full Environmental Impact Assessment process, not matter how obnoxious, or obviously unacceptable the proposal might be, and even if this process itself requires clearing of native vegetation.

The proponent, Subsea 7, claims that clearing along access tracks and for drill pads is necessary to allow drilling machinery into the area which can investigate subterranean fauna communities, which are an important part of the World Heritage values of the area.

The appeal was not altogether in vain as it did result in some improvements. Some of the conditions were strengthened and rehabilitation will now be recorded and monitored. In addition, a new flora survey will be undertaken. The environmental assessment will now proceed and the proponent’s Environmental Review Document which will set out the environmental impacts of the proposal will open for public comment in January 2019.

But just because the EPA’s powers have been significantly weakened, it does not mean that we should have to accept this process, or these kinds of unnecessary impacts on our environment and stress on our communities.

CCWA and the Protect Ningaloo Alliance will continue to work to see the Ningaloo area and Exmouth Gulf area protected from Industrial development. We will strongly defend the legacy of protection that has already been created by community campaigns to see the Ningaloo Reef and Gulf protected, and the World Heritage values recognised and documented.

We are confident that with the power of community behind us, proposals like the Subsea 7 oil and gas infrastructure will ultimately be defeated.

But our communities and environment should not have to be put through the stress and effort required to avoid ill-conceived and unwanted projects like this. Powers to issue a ‘Quick No’ ruling must be reinstated, and community confidence in our weakened Environmental Protection Agency must be restored so that unacceptable projects like Subsea 7 can be dealt with quickly and efficiently in the way our community and responsible industry expects.

JOIN THE CAMPAIGN TO PROTECT NINGALOO