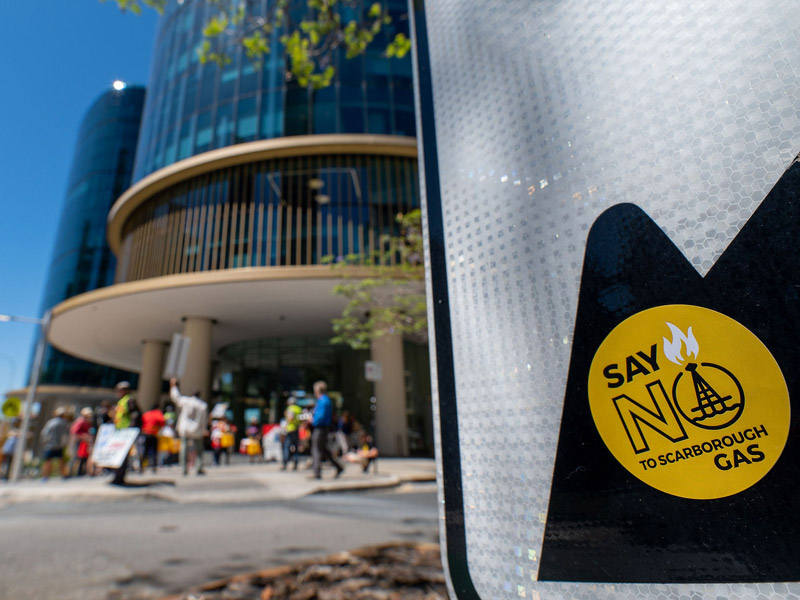 The Conservation Council of WA has said it is as determined as ever in its campaign against Woodside's highly controversial Scarborough gas development.

Today Woodside Petroleum and BHP announced the development - planned for WA's north-west - would proceed as the companies finalised a $40 billion transfer of oil and gas assets.

The announcement has attracted widespread condemnation from conservation and environmental groups across Australia as the national campaign against the country's most polluting fossil fuel proposal said it would 'do everything it can to keep Scarborough gas in the ground'.
Conservation Council of WA Executive Director, Maggie Wood, said that while the group was disappointed by the news, the campaign against Scarborough gas was only just beginning.

"“Anybody who cares about our environment and the future of our planet will be disappointed and rightly angry that Woodside and BHP are insistent on pursuing this climate destroying development.

“However, this is far from over. The coordinated national campaign against Scarborough gas will continue to apply pressure on this development, its investors and its buyers.
“Scarborough is a disaster for our climate; for our iconic marine life and for globally significant Aboriginal heritage on the Burrup Peninsula. It is the single most polluting fossil fuel development currently proposed in Australia.

“At a time when the world is facing up to the dire need to reduce emissions and prevent irreversible damage to our climate, this project is an insult to ordinary Australians who will bear the brunt of future extreme weather events and climate disasters caused by developments like Scarborough.”