The WA Government must have been embarrassed about its fracking implementation plan, which was slipped quietly onto a government website late on Friday evening to ensure it avoided any public attention.

With communities around the state from the Kimberley to the South West active on the issue, and polling showing that the overwhelming majority of Western Australians strongly oppose fracking, the McGowan Government has good reason to feel more than a little awkward about a plan that reflects its close connection to the gas industry over its intentions to protect communities, climate, and groundwater from its pollution. 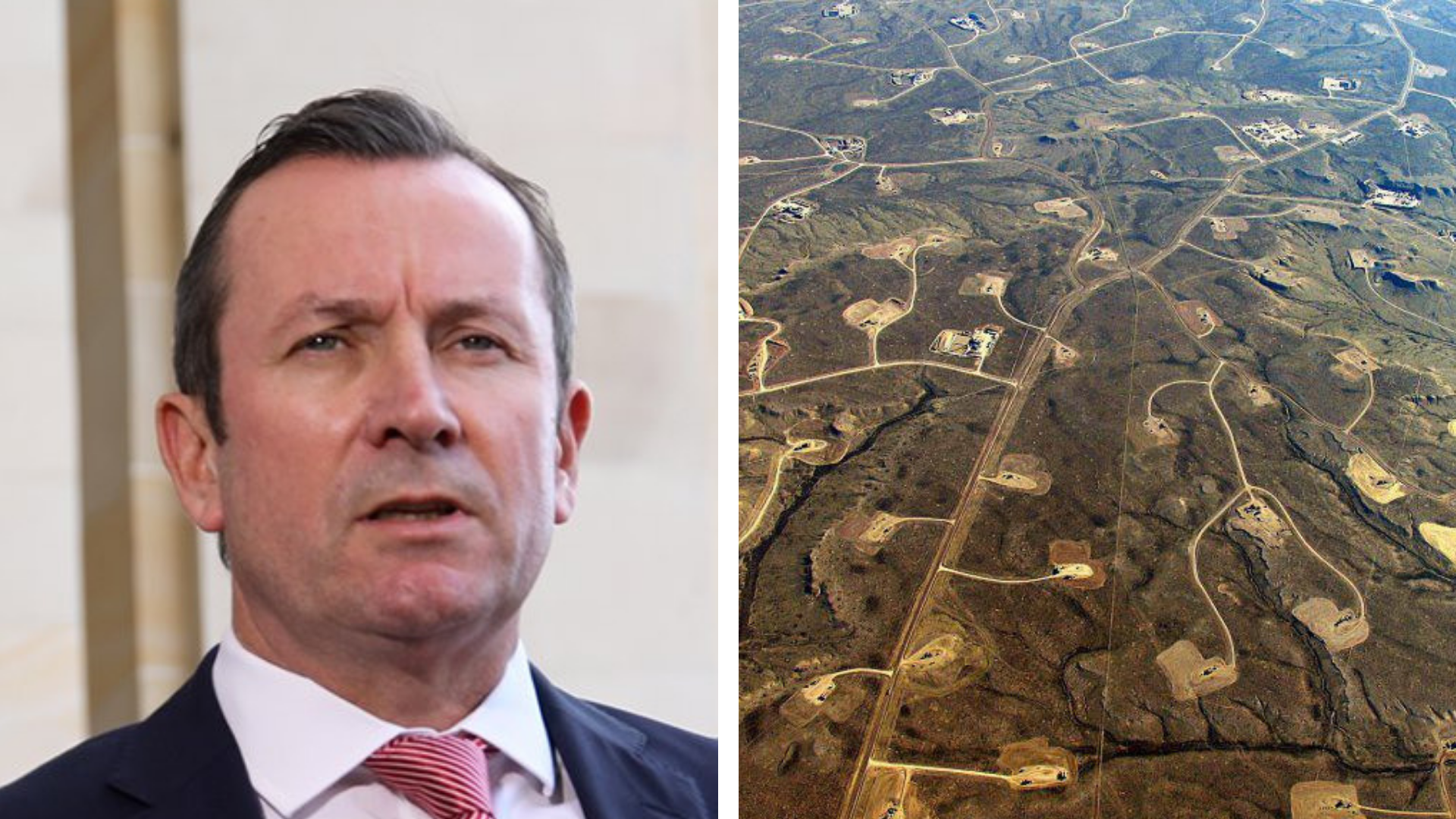 After winning votes and praise at the last election with its promise to establish a statewide moratorium on fracking, the McGowan Government has now adopted an approach that risks an unholy rush by the fracking industry to get new fracking applications in - before promised protections can be put in place.

The fracking implementation plan promises a range of new measures, which would deliver modest and limited protections for the environment, and increased rights for landholders and Traditional Owners. However, many of these changes will require lengthy processes including the passage of new legislation before they are given effect. Parliamentary approval for new fracking laws is hardly a certainty. Despite this, the McGowan Government plans to lift the fracking moratorium before any of the new protections are put in place, creating the potential for fracking companies to rush in applications, which would have to be dealt with by the government under the existing inadequate laws and policies inherited from the pro-fracking Barnett Government. Clearly, the prudent approach is to wait until the necessary protections are in place before lifting the moratorium and inviting fracking applications from the oil and gas industry.

Other aspects of the implementation plan have also drawn strong criticism. The promised veto rights for landholders will not apply to exploration fracking, which can be just as damaging to groundwater as production wells. Once exploration wells are underway, often the damage is done and the toxic foot is in the door.

Farmers and other landowners are being promised veto rights in legislation, whereas Traditional Owners will have to make do with a policy that could be overturned with the stroke of a pen at any time by a future Minister or Government. This kind of discrimination has no place at a time when we should be honouring and supporting the cultural rights and responsibilities of our First Nations people to protect culture and country.

In the highly contentious area of climate change and greenhouse gas emissions, the plan signals that the McGowan Government may be preparing to reject the science-based advice of the independent Environmental Protection Authority (EPA), and instead develop its own policy with no reference to Australia’s international obligations under the Paris Agreement, or the critical need to reduce, rather than increase carbon pollution.

The new protections for water sources promised in the government plan might sound good, but in reality they will cover only a tiny fraction of the vast, connected underground aquifers like the Yarragadee, relied upon by Perth on for its drinking water. Under the policy, thousands of wells could be drilled and injected with fracking chemicals directly through our drinking water aquifers, as long as they are more than 2,000 metres from the bores used for our public drinking water supply. But water in underground aquifers is not confined to one place, and over time contamination can spread for long distances. The policy is the underground equivalent of placing a buffer zone immediately around a pump from a dam, but neglecting to protect the dam itself or the streams that fill it.

For the thousands of farmers, landholders, and communities relying on private bores, no protections will be applied to your water source at all, and it will be your ongoing responsibility to check that your water is safe to drink. Western Australia has a water shortage - not a gas shortage - and it makes no sense to risk the future of our water supplies to gain access to a polluting fossil fuel that we simply do not need.

After much head scratching, the implementation plan still provides no clear and accurate indication of where fracking will be banned, and which areas of the state will be protected from this toxic industry. Premier McGowan promised that 98% of the state will be protected from fracking, however the implementation plan contains no mention of this figure, and no indication of exactly how and where this protection will be put in place. Landholders, communities, and Traditional Owners have a right to know if their land or the groundwater they rely on will be opened up for fracking. There remains an urgent need for the Government to come clean about its fracking plans, with clear information provided to communities and industry about where fracking will be permitted.

This implementation plan may be a green light on fracking from the McGowan Government, but it is not a green light from the community. Gas companies and their investors need to be very clear that this government policy does not equal a social license to operate in WA, and fracking companies can expect to be challenged in the strongest terms at every step of the way.

Fracking poisons water, pollutes the air, harms communities, and makes climate change worse. Opening up our state to fracking now would be taking a big step backwards in the transition to a clean, renewable energy economy of the future. Environment groups will continue to work with landholders, Traditional Owners, Local Government, investors, and others to protect water, climate, and communities from fracking, and ensure that a fracking industry does not become established in WA.