Conservationists are celebrating another successful breeding season for one of WA’s most iconic and vulnerable species as efforts continue to protect the Australian Fairy Tern.

The WA Fairy Tern Network – led by the Conservation Council of WA – has reported at least 12 successful breeding colonies between Cape Arid and Leeman, with one site in the Mandurah region supporting around 350 breeding pairs.

As one of Australia’s smallest beach-nesting seabirds, the diminutive fairy tern’s face a multitude of threats during the breeding season. Many of the breeding sites are nestled around the suburbs of the Perth Metro area, meaning human activity and beach recreation can disturb a nesting attempt and even destroy their shallow nests in the sand. Eggs and chicks are also at risk from predators like rats, gulls, foxes and domestic cats. 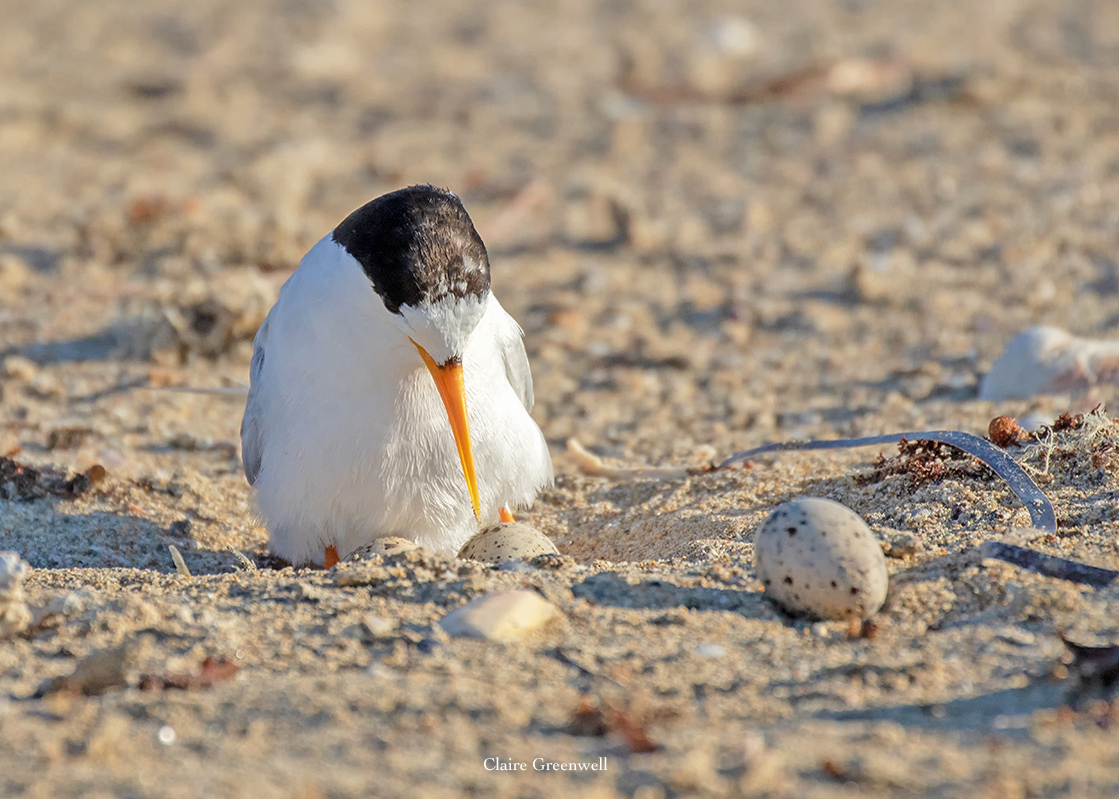 As a result, teams of conservationists and volunteers, working alongside local authorities and land managers, employ a range of innovative measures to protect the breeding colonies from disturbance, including temporarily fencing off vulnerable areas of coastline; monitoring predators; raising awareness among the local community and installing specially built chick shelters.

This year, an additional 20 shelters were donated by John Tonkin College Bush Ranger Cadets and the Peel Preservation Group to provide chicks in Mandurah with a welcome refuge from the sun and a place to hide from predators. 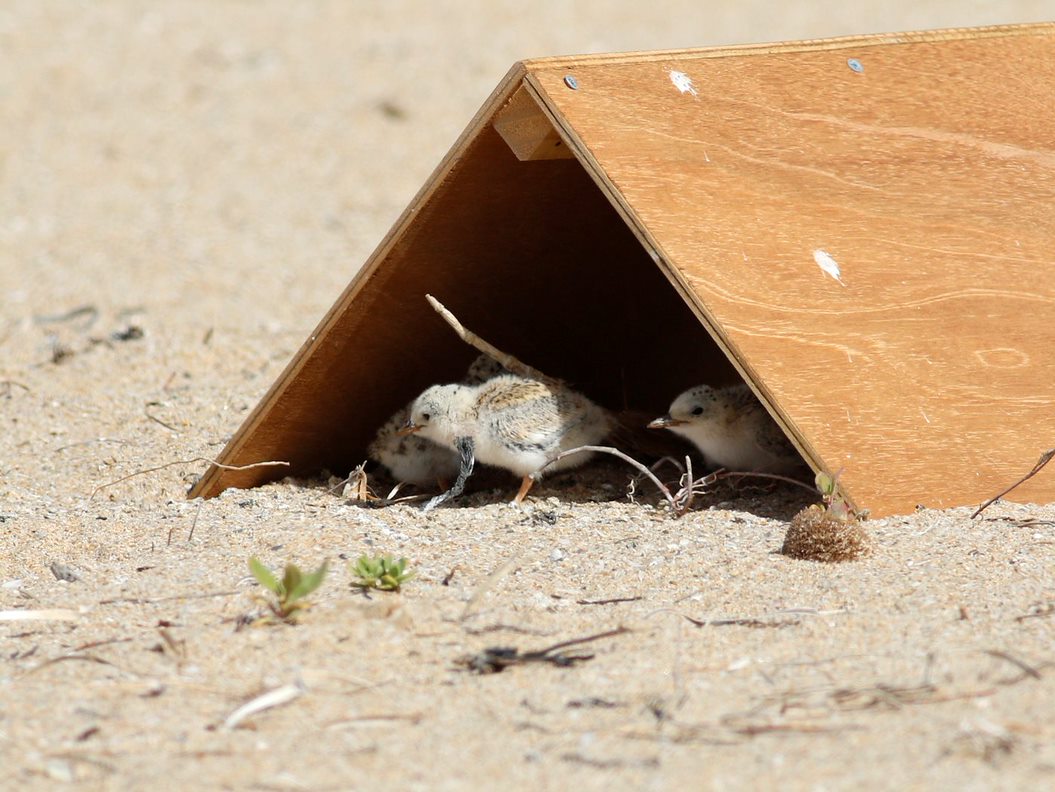 Simple shelters (above) can provide chicks with a welcome rest from the hot summer sun [Photo: Cherilyn Corker]

In a collaboration involving the WA Fairy Tern Network, Department of Biodiversity, Conservation and Attractions (DBCA) and Birdlife Australia, a new, trial breeding site was established on the Peel-Harvey Estuary. The site was fenced to protect the colony and a layer of beach shell spread over the ground surface to enhance its appeal to the birds. It is hoped that in time, the site will become an important nesting area and help to reduce the pressures on existing breeding sites in the Mandurah region – where disturbances and interference can have a catastrophic effect on breeding success as a whole. 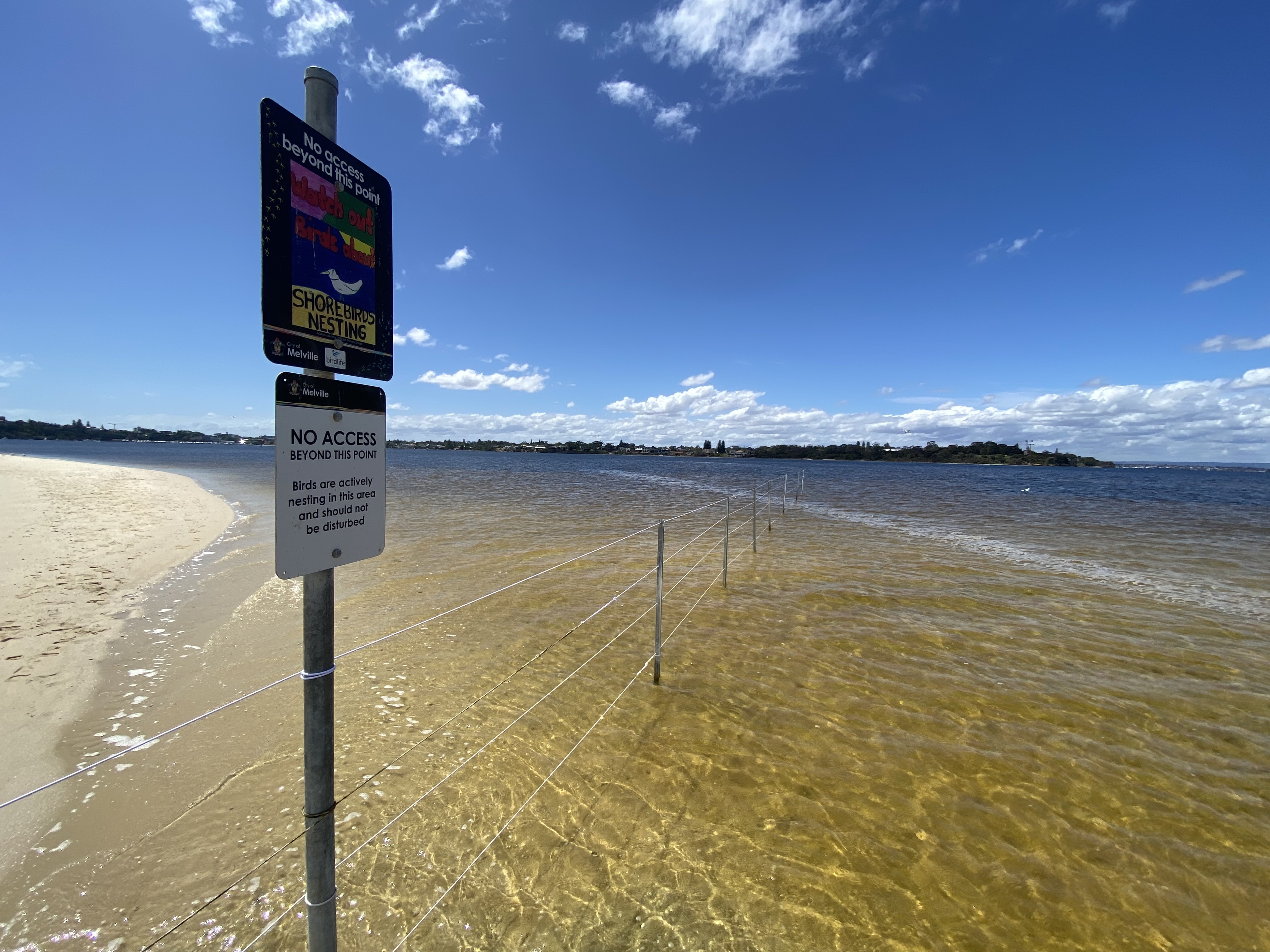 “Counting the number of breeding pairs and new chicks each year is a good measure of how far we’ve come in the past few years, but there are other areas of success too.

“The involvement of local communities and volunteers continues to grow and it’s wonderful to see so many people invested in the wellbeing and success of these little birds – particularly, the careful and time-consuming work monitoring the terns, and keeping a watchful eye for predators.

“We’re also grateful to the WA public for their help in protecting this vulnerable species. Sometimes the fencing off of some areas of beach or coastline is unavoidable to protect nests and eggs. This can mean that people can’t access their favourite fishing spot or four-wheel-drive track for a short time and – almost exclusively – they are supportive and understanding.”

CCWA’s Citizen Science team was back in the field at the end of May - this time surveying the biodiversity values of a property in Bowgada, located in the Shire of Perenjori...
Read More